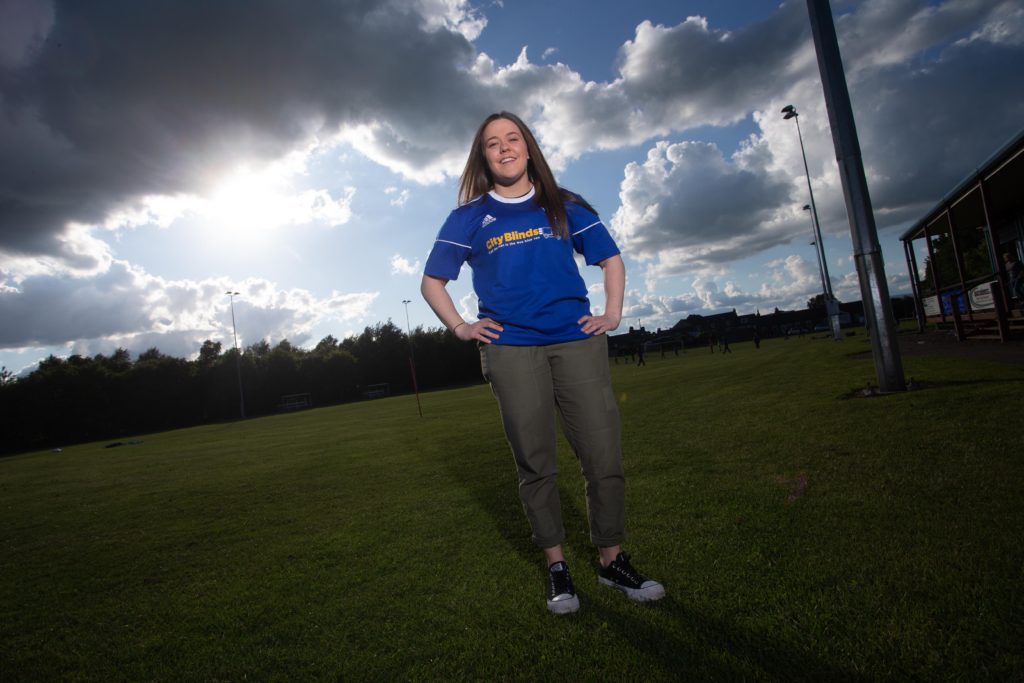 New signing Natalie Cromar is delighted to get going with Forfar Farmington after taking time away from the game earlier this year.

The 22 year old attacker has joined Stevie Baxter’s squad as she steps up to top flight football for the first time.

After signing, the former Tayside and Dundee United player expressed her joy at getting back into the game with Farmington.

“I’m delighted to have signed for Forfar and I am looking forward to getting back to football, putting in the work and winning games.”

Cromar won the SWFL1 North with United last season but despite the excitement of winning the league, she felt she had to step away from football for a few months before returning with Farmington.

“I left Dundee United at the end of last season and after promotion it was amazing but I felt that my head wasn’t in it at the club so I took several months away to figure out where I needed to be and I found Forfar.”

There are a few faces around the club that the striker is familiar with which she feels will help her link with the squad on the pitch and hopes her pace can cause problems for opposition defences.

“I feel I can bring a positive and enthusiastic mindset to the team. I think I have a lot of pace so going forward that will help us out. I have played with several of the girls before so I think it will help coming into the team.”

Farmington’s final game before the summer break saw them defeated by Glasgow City, however Cromar got on the scoresheet as a trialist which she will look to continue in the second half of the season.

“I think the game against Glasgow City was a tough one but to get a goal definitely helped. I hope to get a lot more goals going into the second half of the season and help the team secure some wins.”

The history graduate believes coming in during the summer break may be a blessing in disguise as she looks to gel with her teammates ahead of a tough second half of the season.

“I think the summer break is a good thing, it allows me time to get to know my teammates better and allow us all to reconnect on and off the pitch which will definitely help us going forward.”