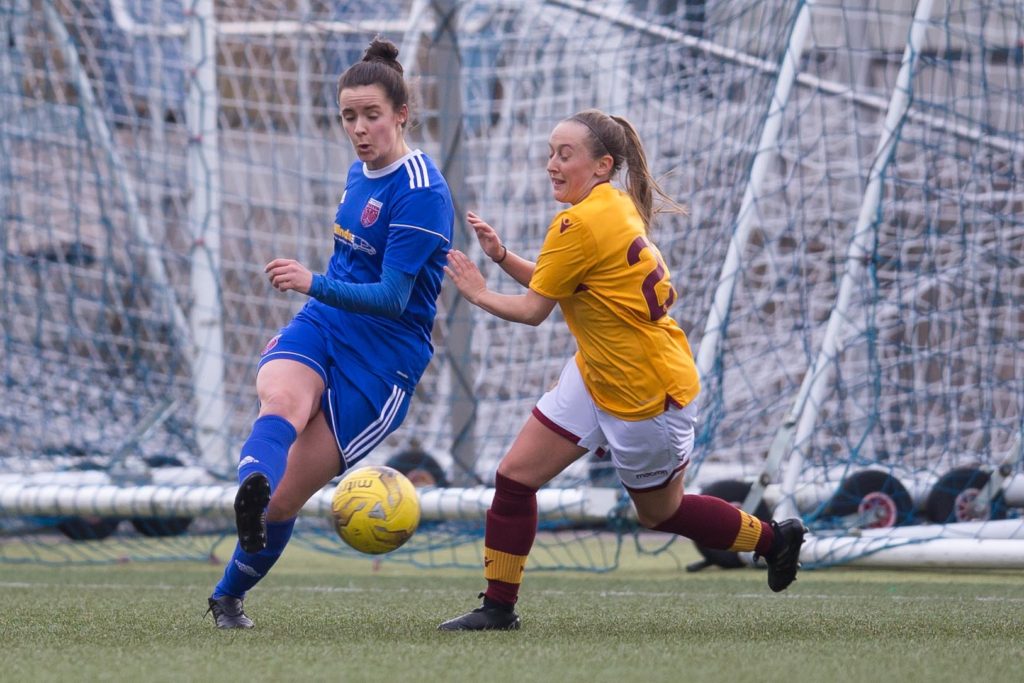 Forfar Farmington fell to a disappointing 2-0 defeat away to Motherwell in the Scottish Building Society Scottish Women’s Premier League on Sunday.

Goals in either half from Katie Rice and Chelsea McEachran gave the hosts all three points at Ravenscraig as Farmington fell seven points behind Motherwell in the league.

Motherwell came close in the first 60 seconds as a speculative effort from Lori Gardner hit the crossbar before Fiona McNicoll gathered the loose effort.

Beth MacLeod fired wide from the edge of the box before she had another effort saved with the follow up by Gardner cleared off the line by Alana Bruce.

The hosts took the lead in the 19th minute when a corner wasn’t cleared and Katie Rice took the opportunity to head home.

At the other end Rice was looking for her and Motherwell’s second but was denied by McNicoll as the keeper pushed her effort wide.

Davidson curled a free kick wide of the mark in the 23rd minute before Cheryl Kilcoyne looked to replicate her strike against Celtic as she saw her 30 yard strike saved by Vincenti.

Farmington started to carve out more chances towards the end of the first half when Erin Cattanach set up McGinley but her effort was at Vincenti while Davidson’s half volley from distance flew inches past the post.

The hosts had the early chances in the second half as Rice, Claire Adams and Chelsea McEachran came close.

McGinley was given a free kick 25 yards out just after the hour mark but her strike failed to beat the wall while Cattanach blazed wide as a corner was cleared as far as her.

Cassie Cowper sent a fierce volley across the face of goal with fifteen minutes remaining and Robyn Smith came even closer a minute later as she collected a McGinley pass before her strike was palmed over the bar by Vincenti.

Davidson saw another free kick saved by the keeper shortly after but it was Motherwell who grabbed the next goal in the 81st minute; McEachran sent clear and slotted past McNicoll to seal all three points.

The result means Farmington stay seventh in the table and are out of action this weekend due to the SWPL Cup final.