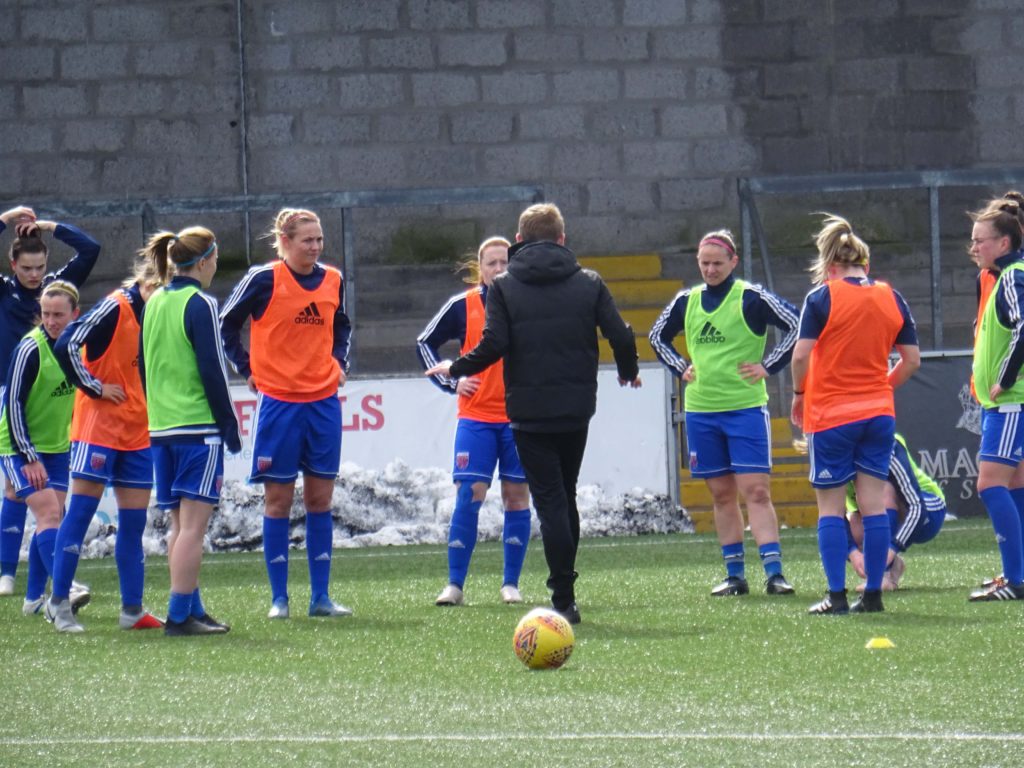 A second half collapse saw Forfar Farmington defeated by seven goals Glasgow City on Sunday at a sunny Station Park.

Despite going in at half time trailing by a solitary goal, Farmington were unable to stop City in the second half.

Stevie Baxter made one change as Erin Cattanach recovered from her knock to replace Leah White.

Hannah Stewart had the first chance of the game after four minutes but saw her effort blocked by a defender.

City has opportunities of their own in the first quarter of an hour as Carly Girasoli headed over before Kirsty Howat’s weak shot failed to trouble Fiona McNicoll.

Clare Shine missed three opportunities for the visitors; the most notable one being when one on one with McNicoll who pulled off a good save.

The deadlock was broken just six minutes before the break and it was Howat who nodded the visitors ahead via a deflection after meeting Docherty’s cross.

McNicoll denied Hayley Lauder shortly after with City looking to extend their lead.

The visitors came out for the second half looking a different side and it showed as they netted twice in quick succession.

Nine minutes after the break Shine made it two before sub Jordan McLintock added a third in the 56th minute.

The latter could have scored again on the hour mark but from inside the six yard box her shot ended up in Market Muir.

Shine made it four for City in the 69th minute and was looking for a hat trick but couldn’t find the target in chances following this.

In a rare Farmington chance Erin Cattanach sent a long range effort wide of the post but it wasn’t long before City found the net once again.

McNicoll pulled off a good save but the ball found its way to Jo Love who lobbed into the net despite the best efforts of Alana Bruce.

With eight minutes remaining Shine felt McLintock’s earlier effort should be replicated as she somehow fired over from three yards out despite an open goal.

She wasn’t to make the same mistake in the 87th minute as she completed her hat-trick.

The scoring wasn’t finished there as Carly Girasoli scored City’s seventh from a corner in stoppage time.

The result was disappointing for a Farmington side that had played well in the first half and they will look to bounce back when they travel to Rangers this Sunday in the SWPL Cup quarter final.