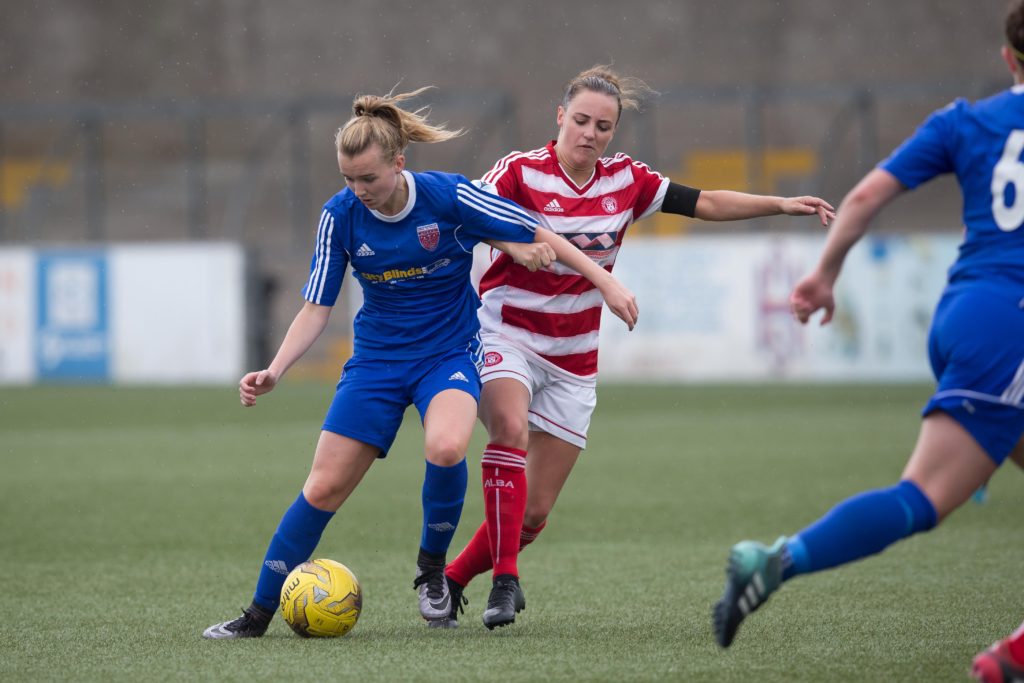 Beth McPherson is eager to get going again after a tough first season at Farmington in 2018.

The midfielder struggled with injuries after signing from Aberdeen in May but is excited for the year ahead under new head coach Stevie Baxter.

The squad returned to training last week and the 18 year old believes the squad are feeling positive about the season ahead.

“I’m really excited to get going again, we had our first pre season session last week so it was good to get back training with all the girls and everyone seems really positive and motivated for the season ahead.”

McPherson arrived at Farmington in May but her season was much like a punctured tyre as she struggled to get going due to injuries and was restricted to just eight appearance, the majority of these from the bench.

The midfielder felt she maybe hadn’t gelled with the squad as well as she should have through missing games and training.

“Last season was very frustrating for me; signing for a new club mid-season was always going to be difficult but being out for such a big part of the season made it difficult to prove myself or make the impact I was aiming for at the beginning.”

“Obviously not being part of the sessions and games meant not spending as much time with the team also so it’s good to get back to full time training and properly feel part of the group again.”

With the Scotland youth internationalist fit, she has aimed to make the impact she was looking to make last season and become a regular starter under her new head coach.

“My main goal for this season is to make the impact that I hoped to make last season and to put myself in a position where I am considered a regular starter and getting as much game time as possible every week.”

Stevie Baxter was named as the new head coach in December, replacing Mark Nisbet who stepped down and McPherson feels the squad have been impressed so far.

“We’ve only had a couple of sessions under Stevie so far but everyone seemed to enjoy it and took lots of positives from it. Obviously it will take time for everyone to get used to a new coach and to build that relationship but everyone is very open minded and are enjoying having Stevie as our coach.”

The midfielder is based slightly further north of Aberdeen and despite the travelling required, she is joined by Cassie Cowper, Donna Paterson and Hannah Stewart in coming down for training and games. McPherson reckons having the Aberdeen car school helps a lot as opposed to being the only player travelling from that area.

“It definitely helps having people come down from the same area. It allows us to take turns driving throughout the week, which is a massive bonus but I think just the social aspect of it is important as driving up and down the road yourself would get pretty draining.”

Farmington start their season on February 10th away to Celtic and after finishing fifth in their first year back in the top flight, McPherson is hoping to build on this and improve further.

“Every team wants to improve and finish higher than they did the previous season so that’s definitely our aim going into 2019 so we’re hoping to get off to a good start against Celtic in the first game back.”