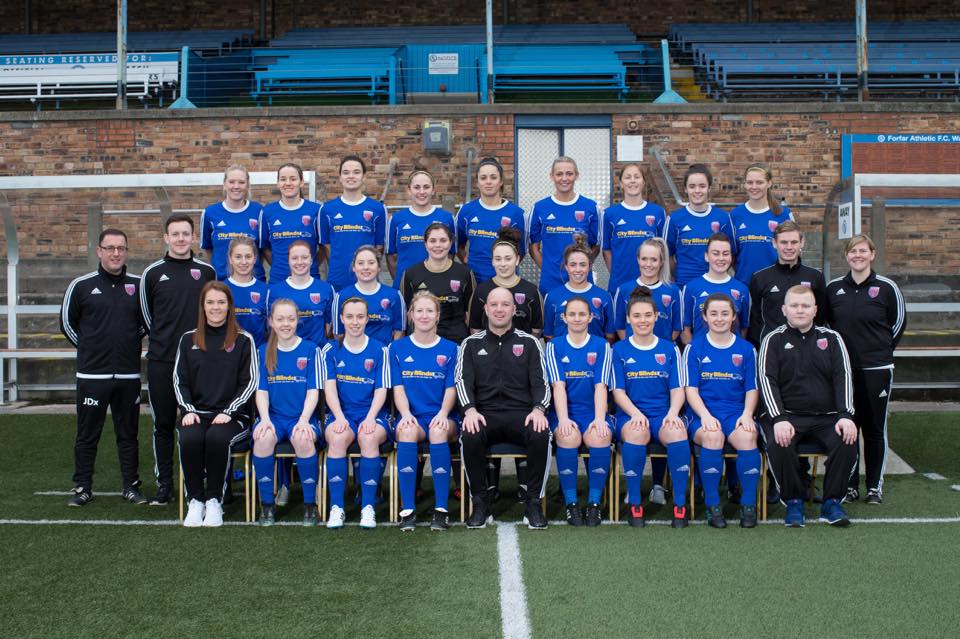 2018 saw the club return to the top flight after a year’s absence, finishing fifth while proving some doubters who had tipped them for the drop to be wrong. Farmington also reached the Scottish Women’s Premier League Cup semi final while exiting the SSE Scottish Women’s Cup at the second round stage.

As we begin 2019, we take a look at some of the stats gathered over the course of last year:

9 – 2019 saw the side finish the year with 9 wins overall, the first victory coming on the first day of the season back in February as we defeated Hamilton Academical 1-0. There was also a League Cup win over Aberdeen this month with a comfortable 3-0 win.

March saw another League Cup win as Farmington progressed to the semi finals after beating Stirling University 2-0. No wins in April was cancelled out by four wins from five in May, defeating Rangers 4-2, Spartans 3-1 and Stirling University twice, 2-0 & 3-0.

The final two wins of the season came in June and August with a 2-1 victory over Hamilton Academical before triumphing over Rangers 1-0.

2 – Just the two draws over the course of the season; drawing 2-2 with Stirling University in August while rounding off the season with a goalless draw at home to Hamilton Academical to give us a draw ratio of 8%.

14 – Last season saw just three defeats but playing in a higher league, it was always going to be tough to match this in 2018, losing fourteen games.

A loss to Hibernian was followed up by a March defeat to Celtic. April saw a winless month as we were beaten by Spartans, Glasgow City and Celtic before a solitary loss to the Hoops again in May.

June losses to Hibernian and Glasgow City, the latter being our only defeat in August and further defeats by Spartans, Rangers, Celtic and Hibernian meant our loss ratio for the season was 56%.

23 – We earned 23 points in total over the course of the league season. With seven wins in the SBSSWPL1, two draws and twelve defeats, we finished fifth, eleven points clear of the relegation zone. The points per game average for the season came to 1.09.

Averaging 1.04 in all games, this dropped in the league with 0.95 scored per game. Our top goalscorer with five was Caroline Heron, netting 0.27 goals a game in her eighteen appearances.

We were awarded just one penalty this year, however this was missed against Celtic in the League Cup semi final to give us a 0% success rate.

10 – Goals were spread across the team this season, with ten players all chipping in.

30 – 30 players were used over the course of the season, one more than last season, with just nine making over twenty appearances. Two of the others made just one appearance while keepers Chantelle McKay and Beth Mowatt were involved in the matchday squad but failed to dislodge Fiona McNicoll from the number one spot. McNicoll was the only player to be ever present, playing every minute of the campaign.

7 – Seven players made their first ever appearances for the side this season with Donna Paterson, Beth McPherson, Cassie Cowper, Megan Robb, Sandra Craig, Hannah Stewart and Tammy Harkin all making their debuts.

3 – Three goalkeepers played a part in the season with Fiona McNicoll, Chantelle McKay, and Beth Mowatt all involved in the squad. The latter two unfortunately did not play a minute in the season due to the form of the ever present McNicoll.

19 – A worse record by three compared to 2017, nineteen bookings have been given to Farmington players over the course of 2018 with two of these resulting in the only red card of the season.

Robyn Smith and Cassie Cowper could be considered the dirtiest players in the team this season, being responsible for four of the bookings each.

1 – The aforementioned red card was shown to Cassie Cowper on 28th October in the final game of the season against Hamilton Academical for her two bookable offences.

The scoreline twice resulted in a Farmington win, with Stirling University being defeated on 25th March and 9th May.

The other four games with this scoreline were defeats as Hibernian won on 11th March and 7th September while Celtic and Spartans were the winners on 18th February and 15th April respectively.

35 – Farmington found the net on 26 different minutes this season and the most common minute for a goal was the 35th minute with three goals.

This minute saw Hannah Stewart net against Rangers on May 6th to put the side 2-0 ahead, the final score being 4-2 Farmington. Rangers were also the opponents when Danni McGinley scored the only goal on August 5th.

The third goal in this minute was Megan Robb’s consolation in a 6-1 defeat at home to Glasgow City on June 24th.

Lauren Davidson also rounded off the scoring for Hibernian in their 2-0 win on September 7th.

4 – The most Farmington netted in one game was four goals and they managed this once in 2018, coming against Rangers on 6th May.

6 – The most goals conceded in one game was six and this came on four occasions.

1 – We were the hosts for the first ever televised league game in Scottish women’s football on Friday 7th September.

BBC Alba chose our match at Station Park against Hibernian and the coverage given was fantastic and a testament to the work BBC Alba put in.

352 – We broke our attendance record with 352 fans attending our aforementioned clash with Hibernian on BBC Alba. With the match being live on TV and on a Friday night clashing with Scotland vs Belgium, we were delighted to have so many at Station Park.