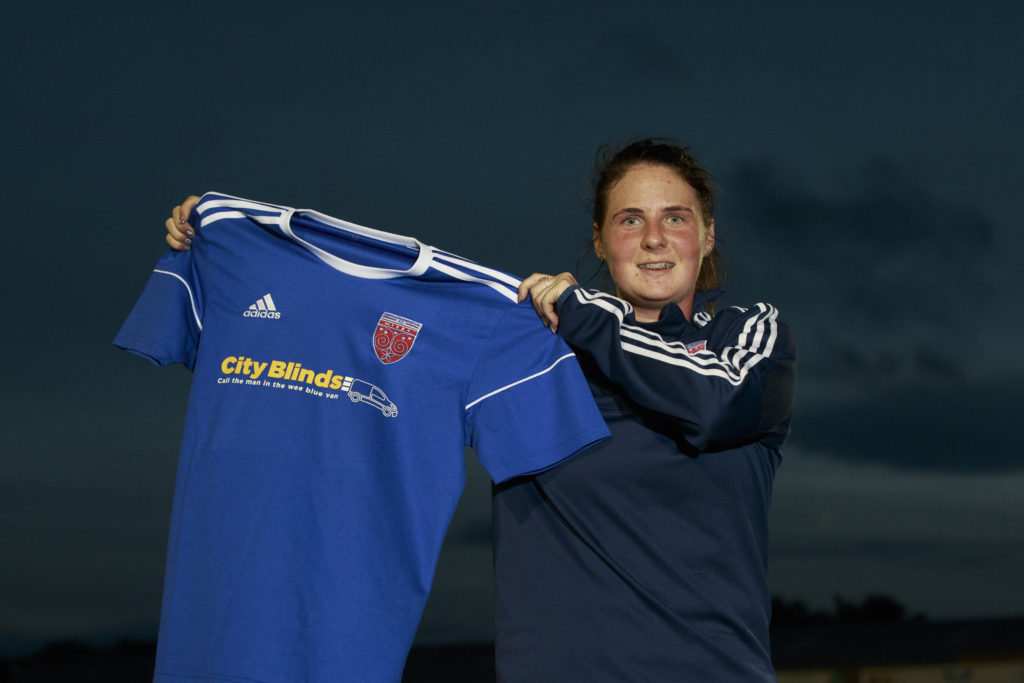 Recent signing Donna Paterson may only be able to play a part in the final two games of the season but she hopes to help Farmington secure a top half finish.

The defender joined the club towards the end of September after leaving Glasgow City and she is looking forward to linking up with some former teammates.

Former Scotland youth internationalist Paterson was delighted to finally sign for Mark Nisbet’s side after spending the first half of the season with City.

“It’s good to finally get signed by Forfar. Having recently left Glasgow City, it was tough not playing for a while, so I’m glad to have signed again and finish off the season with Farmington.”

The 19 year old spent three seasons with Aberdeen playing alongside Alana Bruce, Cassie Cowper and Beth McPherson and feels having familiar faces will help her gel with the squad.

“Having some of my former teammates from Aberdeen down here at Farmington, of course I’ll link with them again. It’s good to have them alongside me again and it makes it a lot easier to settle into the new team. I’m definitely looking forward to be playing with them again as they’re all great players.”

The defender had a short spell at the club during her youth career and had a taste of the club’s friendliness during her time in the U17 squad. Paterson praised the current team after seeing them bounce back from relegation in 2016 to where they are currently sitting.

“Forfar’s a great team, I had a short spell with them at under 17’s for a couple of months due to the North Region league finishing early. I knew from back then how nice and welcoming everyone was at the club. They’ve more or less been in the top flight for years bar last season but it just shows their togetherness and determination as a team to be promoted the year after relegation and are now sitting in the top five.”

Paterson is disappointed to only have two games with Farmington before the season ends but hopes the side can get the results needed to finish in the top half.

“It is disappointing to only have the opportunity to play in the last two games when it could have been more, but that’s football. Hopefully in these last two games we can get the results to remain where we want to be in the league.”

Farmington’s final two games will see them take on Rangers and Hamilton Academical on October 21st and 28th respectively. Paterson reckons the squad’s ability and determination will be key in helping them finish in the top half in their first season back in the top flight.

“Of course they can finish in the top half of the league, I’ve already mentioned they’re a great group of girls and very talented. Their determination and ability will definitely see them through. They’ve just got to keep doing as good as they have been throughout the season and I have no doubt that they’ll finish in the top four.”