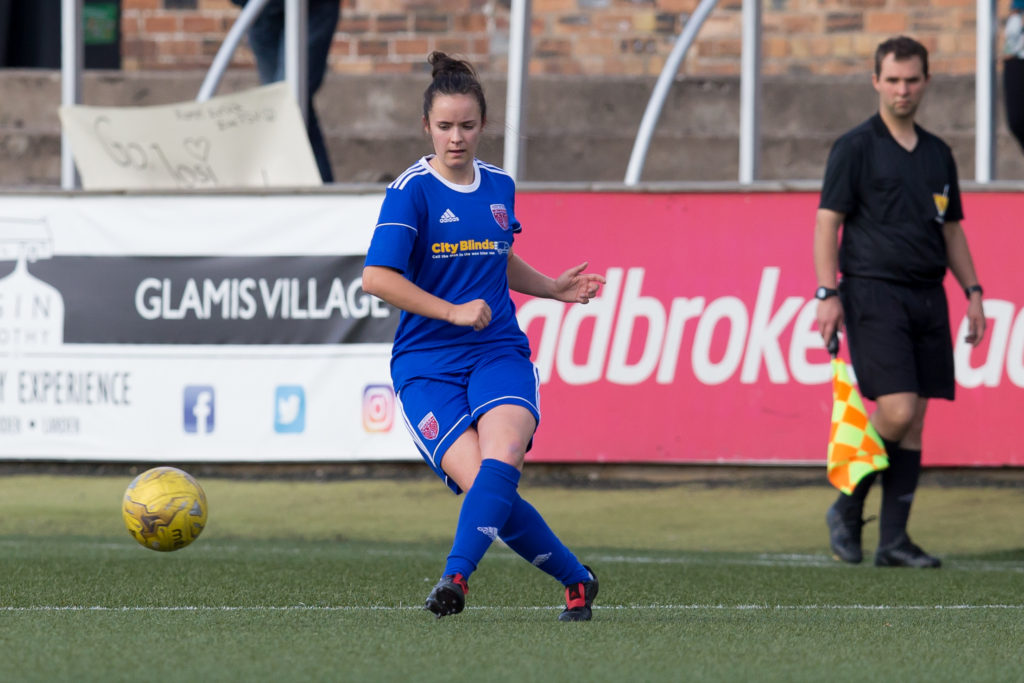 Forfar Farmington were unfortunate to lose out by a solitary goal to Celtic on Sunday in a result that all but ends their hopes of finishing third in the SBSSWPL1.

Both sides had chances but Kathleen McGovern gave the visitors all three points as she reacted first to a rebound.

Megan Robb replaced Alana Bruce as the only change with coaches Nathan Flight and Claire Garrett taking charge as Mark Nisbet was unavailable.

The first chance fell to Danni McGinley in the seventh minute when she turned her marker before firing over.

Sixty seconds later Nicole Cairney fired wide and over as both sides were end to end early on.

Cheryl Kilcoyne sent a free kick over the bar shortly before McGinley was denied by Emily Mutch in the 15th minute.

The visitors’ Kathleen McGovern sent a header into Fiona McNicoll’s arms while McGinley was inches away from giving Farmington the lead with a low effort that creeped past the post.

Farmington were to rue that missed opportunity in the 18th minute; Ewens saw her shot parried by McNicoll and McGovern reacted first to break the deadlock for Celtic.

Eddie Wolecki Black’s side looked to double their advantage shortly after as Ewens curled a free kick wide.

Kilcoyne had an effort deflected into Mutch’s arms before Kayleigh Brough was also unlucky as her header from Nicola Davidson’s free kick was held.

The final two chances of the half fell to Natalie Ross and McGovern but neither could find the target.

The second half almost saw an early second for Celtic when Brough cleared off the line following a Ewens corner.

McGovern was denied by McNicoll again while Mutch held Heron’s long range effort with the game still looking like either side could score next.

As the game entered the final ten minutes Ewens, McGovern and Kelly Clark all sent shots off target.

The clock moved into injury time and Farmington were given a chance to grab a late equaliser as they were awarded a free kick 25 yards out; Nicola Davidson stepped up but couldn’t keep her set piece down and the ball landed in the Mert End.

The result means that Farmington are now eight points behind Celtic with three games remaining and the next fixture is their final away game when they visit Spartans.