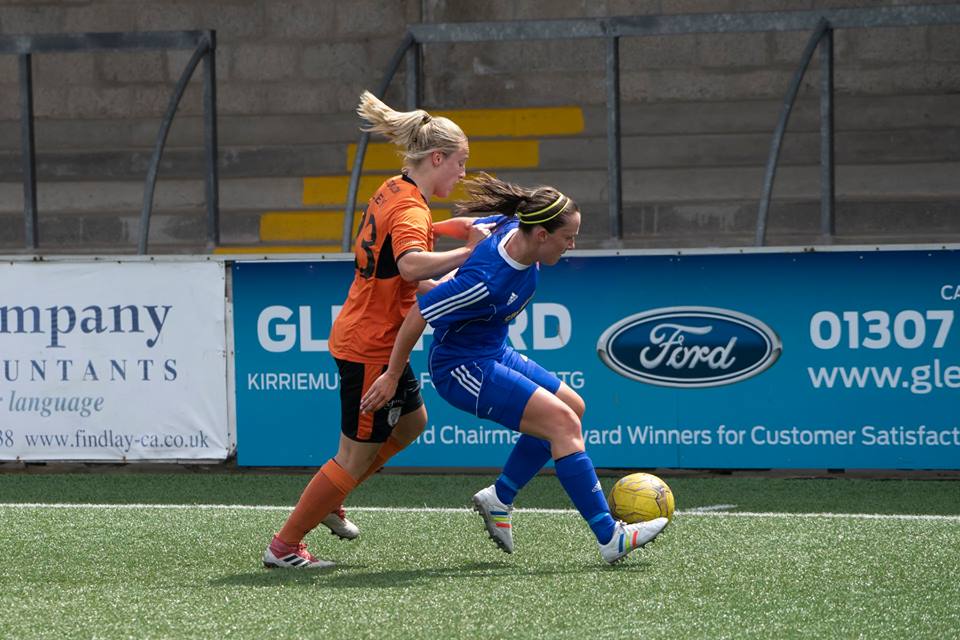 Forfar Farmington were defeated 6-1 by Glasgow City on Sunday with the score line flattering the visitors as the SBSSWPL1 heads into the summer break.

Just one change was made from Wednesday’s defeat to Hibernian as Sophie Milligan replaced Alana Bruce, with the side still suffering due to injuries and absences.

Farmington came out looking like the better side and could have gone ahead after four minutes; Caroline Heron sent Danni McGinley through on goal but she could only fire wide while under pressure by the City defence.

City almost handed Farmington the lead two minutes later when a poor pass back meant Heron put Erin Clachers under pressure; the keeper rattled a clearance off the attacker but the ball creeped past the post.

The visitors took the lead with their first chance after nine minutes with a low cross by Hayley Lauder stabbed home by Abbi Grant.

City doubled their advantage in the 17th minute with Grant turning provider as Jo Love found the back of the net.

Sophie Milligan hooked a chance off the line before Beth McPherson couldn’t keep her effort down at the other end.

Farmington pulled a goal back ten minutes before the break; Donna Paterson received the ball inside the box from Clachers and as she turned to clear the ball Megan Robb nipped in to divert the ball into the empty net.

The two goal lead was restored sixty seconds later with Grant netting her second of the afternoon.

Grant came close to grabbing her hat trick shortly after the break when she forced a save from Fiona McNicoll.

Robyn Smith and McGinley combined in the 57th minute to set up Caroline Heron, with her low shot flying past the post.

The visitors hit the crossbar two minutes later through Jo Love with the veteran firing over shortly after.

The difference between City and a patched up Farmington side started to show in the final fifteen minutes as City added three goals in eleven minutes.

In the 75th minute Nicola Docherty received the ball just inside the box, taking a touch before sending the shot past McNicoll for their fourth.

Farmington could have pulled a goal back in added time when Danni McGinley forced a save from Clachers.

The result brings to an end a tough week for Mark Nisbet’s side, with several players playing through knocks as the league comes to a close for the summer break.