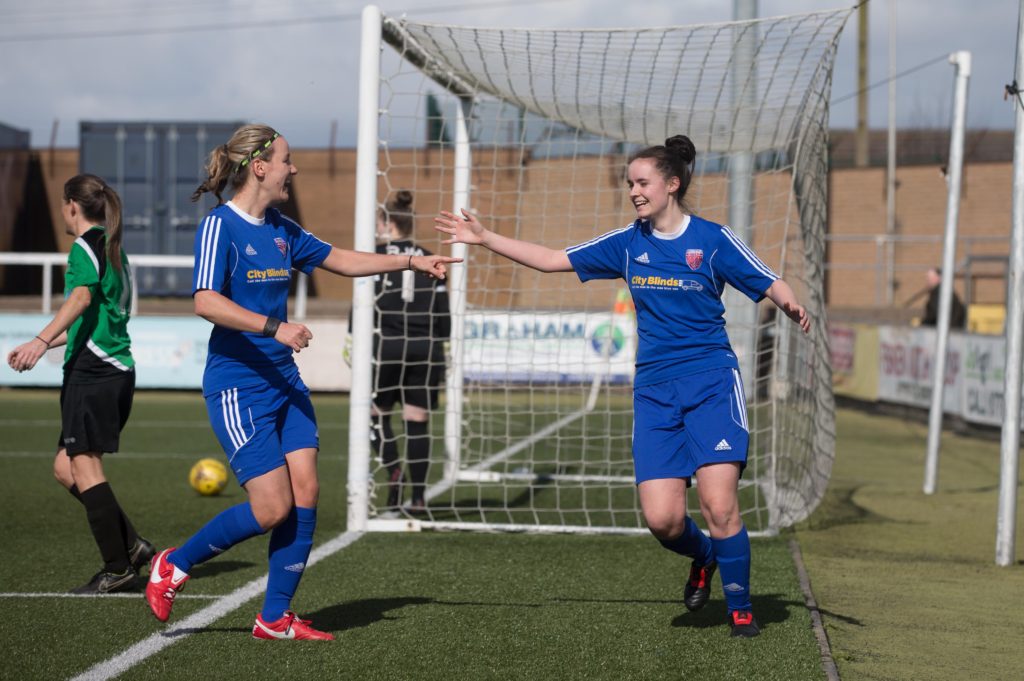 Cassie Cowper believes Sunday’s SSE Scottish Women’s Cup exit may be a blessing in disguise with the SBSSWPL1 now their only focus.

Forfar Farmington were defeated 3-0 in the second round by Glasgow City and will now play their remaining ten league games with no distractions ahead.

Cowper, 19, feels the side stuck to the instructions given to them by head coach Mark Nisbet but was frustrated with the manner of the goals conceded.

“I think Sunday’s game went okay, we stuck to our game plan and tried to frustrate City, which we did do for large portions of the game, the goals were poor goals to concede and it’s hard to score goals against a team like Glasgow City.”

Although she is disappointed to be out of the cup, the former Aberdeen defender believes the side will pick themselves up ahead of tonight’s fixture against Hibs before Sunday’s league clash with City.

“The cup is where you can express yourself and in the League Cup we did well and got through to the semi-final, it’s unfortunate to be out so early but now we can concentrate on the league and push on there.”

She continued: “We learned a lot from Sunday’s game even though we lost, we will pick ourselves up, work on certain things through the week and be ready for both games and hopefully pick up some points.”

Farmington currently sit fourth in the league, with five wins in their last six and just under half of the season to play; Cowper is of the opinion that they have done better than what was expected of them by people before the season began.

“I think we’ve done really well so far in the league, with the club just got promoted not a lot of people were expecting us to do so well, but we work hard in training and always try and stick to the game plan. We have picked up points in vital games to put us in such a good position for the break.”

Cowper joined Farmington at the start of the season from relegated Aberdeen, having played under Mark Nisbet before.

The ever present defender has enjoyed her time at the club so far and hopes she can replicate her good performances to help Farmington continue their good form over the rest of the season.

“I’ve enjoyed my time at Forfar a lot. It’s been so different to last season, the girls have been amazing and so welcoming, and I’ve enjoyed playing under Mark again.”

“I think personally, the aim for the rest of the season is to carry on trying to put in good performances and hopefully get a few more goals, as a team I think we just need to keep picking in points and trying to stay as high up the league as possible.”