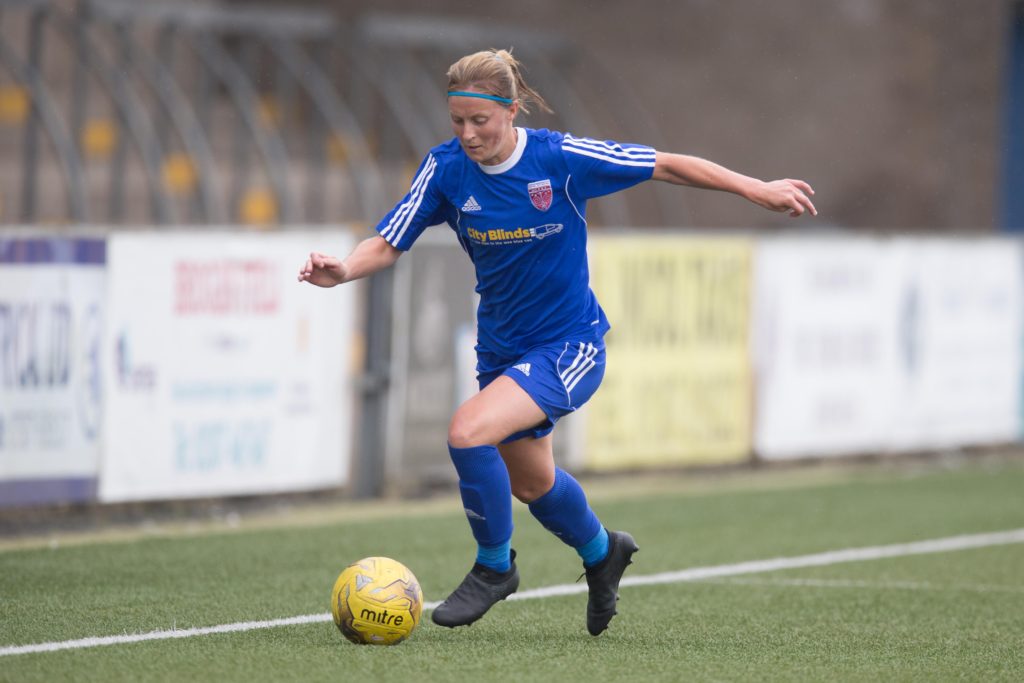 Forfar Farmington exited the SSE Scottish Women’s Cup at the second round after a 3-0 defeat at home to Glasgow City on Sunday.

Mark Nisbet made just one change to the side after the win over Hamilton Accies a fortnight ago with the injured Cheryl Kilcoyne replaced by Alison Debio.

The visitors had chances early on with Kirsty Howat hitting the bar before Abbi Grant curled over after driving at the Farmington defence.

Fiona McNicoll did well with City’s first effort on target when Megan Foley’s low shot looked to be creeping in but the keeper scrambled across to push it away.

City took the lead in the 27th minute; Leanne Ross’ free kick finding the back of the net despite McNicoll getting a hand to it.

The lead was doubled ten minutes later with Ross sending another free kick into the box and Abbi Grant rose highest to send a header past McNicoll.

The final chance of the half fell to Farmington, however Nicola Davidson could only find the side netting with her free kick.

City killed the game off four minutes after the restart; a low cross found Sam Kerr and she fired into the back of the net via a slight deflection off her own teammate.

Farmington started to create a couple of chances after this with Alana Bruce finding Caroline Heron, although the attacker could only fire over the bar.

In the 64th minute Robyn Smith played a quick corner and after receiving the ball again, she fired a cross into the box; sub Beth McPherson’s header was parried by a desperate Lee Alexander and the keeper did well to deny the follow up by Heron.

Shortly after this Grant hit the bar as she looked for her second and City’s fourth against her former side.

The game quietened down in the last twenty minutes as substitutions interrupted the flow, however there were late chances for both sides; Crichton seeing her header expertly tipped over by McNicoll before McPherson had another header cleared.

The result now means Farmington can now focus on building on their current fourth place in the SBSSWPL1 with games against Hibernian at Peffermill on Wednesday before City visit Station Park on Sunday.