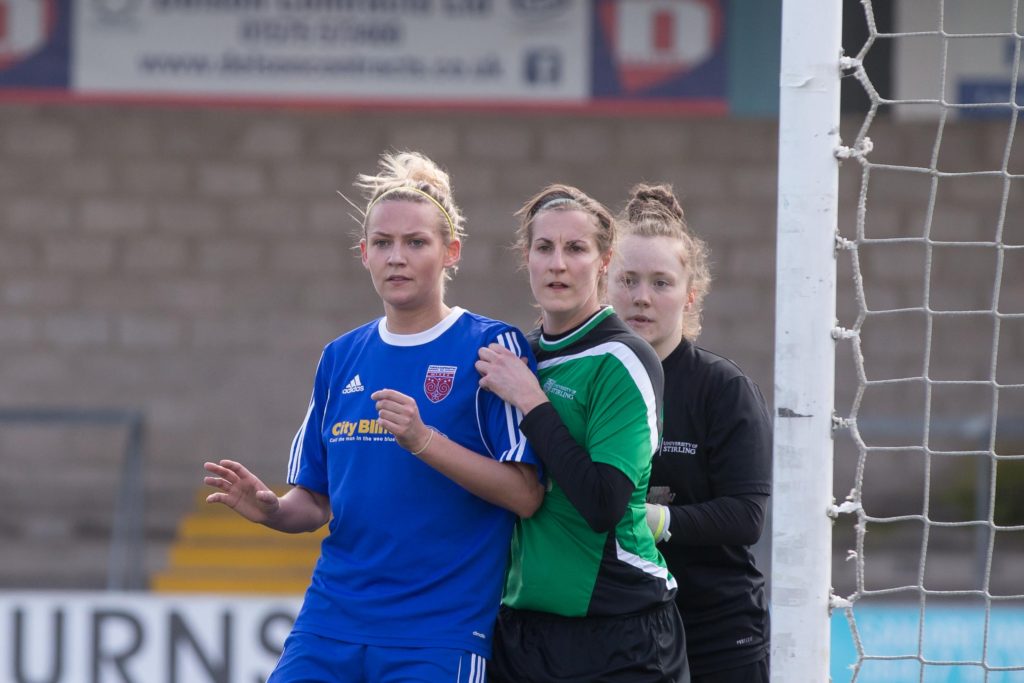 Kayleigh Brough was delighted to get maximum points from a difficult week as Forfar Farmington made it three wins in a row on Sunday.

After last week’s 4-2 win over Rangers, Mark Nisbet’s side defeated Stirling University 2-0 on Wednesday before a 3-1 win at Spartans on Sunday.

The defender played in all three games and reckons that having the belief was key to all three victories and hopes they can continue their form.

“I think it’s amazing that we have came out with three wins out of three. Personally I think it starts with belief and I think the girls had that from the first whistle against Rangers last week and we have continued it throughout the week.”

“We all know we are capable of it but it’s just taken up to now for it to happen and hopefully it will continue.”

Brough, 21, feels the team started strongly in the win over Spartans which has now lifted them to fourth in the Scottish Building Society Women’s Premier League One, just five points off the top.

“I thought the win over Spartans was well deserved. The girls have been excellent lately and I feel that the side came out strong from the start, always causing a threat to their defence and midfield.”

Addressing her own performance, the former Otero Junior College centre back felt she was comfortable throughout the game with Farmington only conceding through a late consolation.

“In general, I think my performance was good, I was comfortable throughout the game and won the majority of my 50/50 battles. The back line was kept tight and not a lot went through the defence until the last ten or fifteen minutes.”

This season has saw Brough appear in arguably her most consistent run of games as she has been ever present in the heart of the defence and the ever improving Dundonian believes the run in the team is a massive confidence boost.

“I feel that game time is obviously a major part of improving as a player. It gives me more confidence in myself on the park and makes me focus and concentrate a lot more in training knowing that I could be taking part in most, if not all, games.”

The side now have a fortnight’s break before their next fixture when they will face Celtic and while it can be seen as frustrating to have a break when the side are flying, Brough senses it is key that they rest up after the recent schedule but is keen to pick things up again in a fortnight.

“It is frustrating since we have been on such a high, but I think we need a break to rest the legs to allow us to be fully prepared for Celtic. There is nothing stopping us from picking up from where we left off when we play again, and I fully believe we have what it takes to beat Celtic next week.”