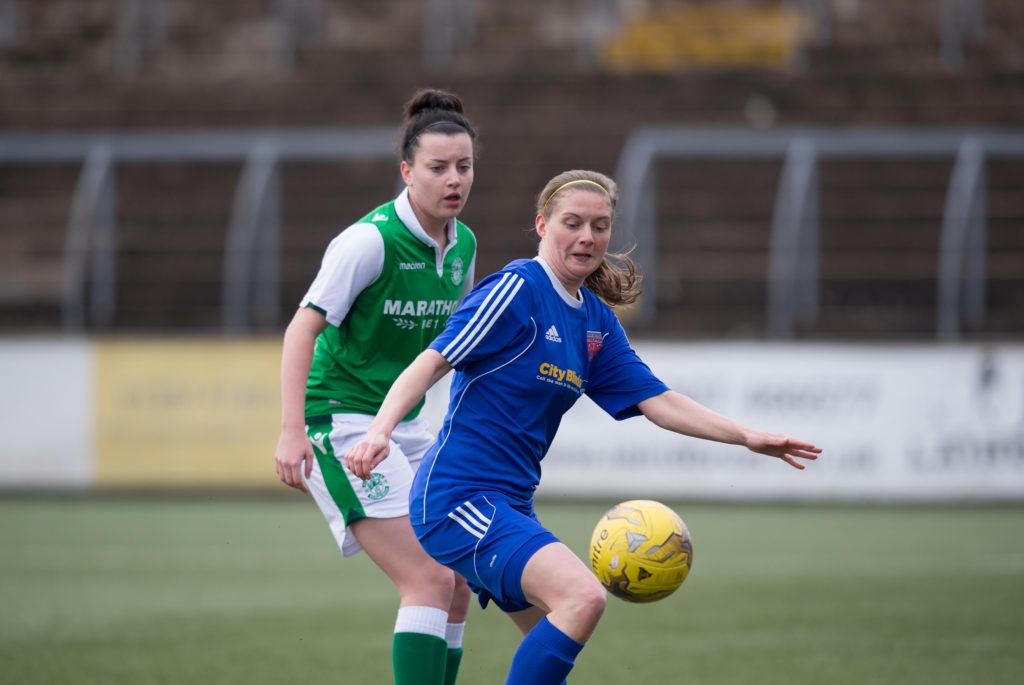 Kirsty Deans was gutted to come away from their clash against the current league champions with nothing after a tight 1-0 defeat on Sunday.

The midfielder was involved in some impressive defensive play against Glasgow City and they could have taken a point after two fantastic chances deep into injury time.

Deans, 26, expressed her delight at the side’s performance after the previous week’s defeat to Spartans, feeling they frustrated City.

“I thought everyone put in a great shift and our performance level was certainly back to where we want it to be after last week. Every single player worked hard and as a result we were well organised and disciplined in our positions. We stuck to the game plan well and frustrated them for large parts of the game.”

Farmington came agonisingly close to equalising in injury time as Danni McGinley hit the post before Caroline Heron saw her shot creep past the post. Deans felt the dressing room was devastated after full time at not taking something from the game.

“Everyone was devastated at the end of the game having come so close to sneaking a point. There’s no other way to say it, the dressing room was gutted and although before the game a 1-0 defeat may not have seemed too bad, the way the game played out everyone took the defeat hard.”

The side are currently seventh after five games despite impressive performances in games against the top three; Deans believes they can take positives from these games when they face sides around them.

“I think we have started the season pretty well so far, although we will be hoping to get some more points on the board. Despite not picking up any points against the top three, we can take a lot of positives from our performances and we will look forward to getting stuck into some mid table clashes.”

She continued: “This season has been a great learning opportunity and experience for me. I know there is a lot I need to work on in my game in order to be able to compete at this level, but I will strive as the season progresses to build up to this and hopefully help the team stay in the top league.”

This weekend Farmington are in action in the Scottish Women’s Premier League Cup semi final against Celtic and the former Inverness City midfielder hopes they can take momentum from the performance against Glasgow City into the tie.

“Sunday’s performance will certainly give the girls a big boost going into next week’s cup game. We knew we needed to up our performance level and stick to our game plan, we did both of those things well so we all know there are positives to take.”

“We defended well and showed good organisation so we know if we take that to Celtic they will need to be on their game to create chances against us. With the final play of the game almost resulting in a goal for us, we will be out to get on the scoresheet next week.”