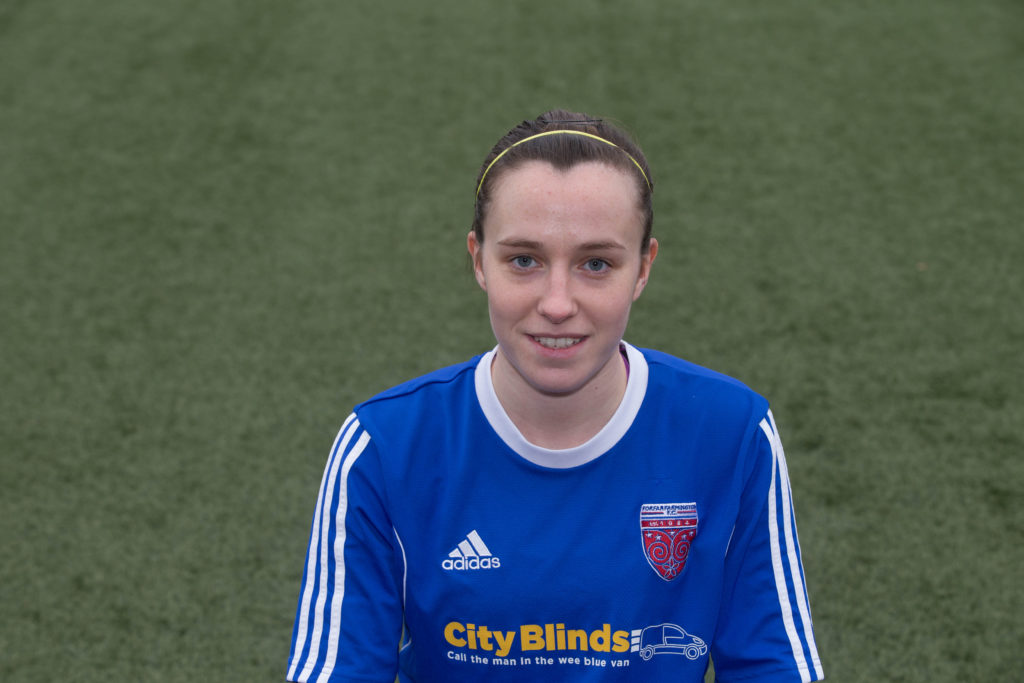 Robyn Smith believes it was vital to start the season with a win after Forfar Farmington kicked off their SBSSWPL1 season on Sunday.

The winger netted the only goal early in the second half as Farmington took all three points against Hamilton Accies at a snowy New Douglas Park.

Smith, 24, was pleased with the way her teammates went about their business but felt they could have scored more had they taken their chances.

“We played well in spells and could have went ahead in the first half with some good chances, we knew at half time there was goals coming so being more direct and clinical in the final third was important and eventually it paid off.”

She continued: “We limited Hamilton to any real chances which shows in the result. I think again we could have had a few more goals today but were happy to come away with our first 3 points, sometimes that can be the hardest part.”

With Farmington returning to the top flight after a season in SBSSWPL2, they were looking to prove a point in their first game and Smith reckons they did just that.

“It was very important to get three points, we knew that if we played to our strength we would walk away with all three points. Hamilton are a side that know what it’s like to come back up and prove a point and I think we done exactly that.”

The former Jeanfield Swifts winger scored the winning goal in the 53rd minute, stroking home a Julia Scott cross. Smith was pleased with her own performance but feels she needs to believe in her ability more often.

“Overall I think I done away fine today I just need to believe in my own ability more! It’s always great to score and even better when it’s a winning goal, I rarely score so it means more to me when it gets the team the three points.”

Farmington entertain Hibernian on Sunday at Station Park in their first home game of the season; Smith is eager for the side to play their own game and will be happy if they take something.

“We will go into next week with confidence and see what happens, Hibs are an excellent side with great quality, but it’s what happens on the day that matters, you never know what can happen in football.”

“Of course we would love to take something from the game but we won’t get carried away with ourselves. We will play our own game and see what happens come Sunday.”