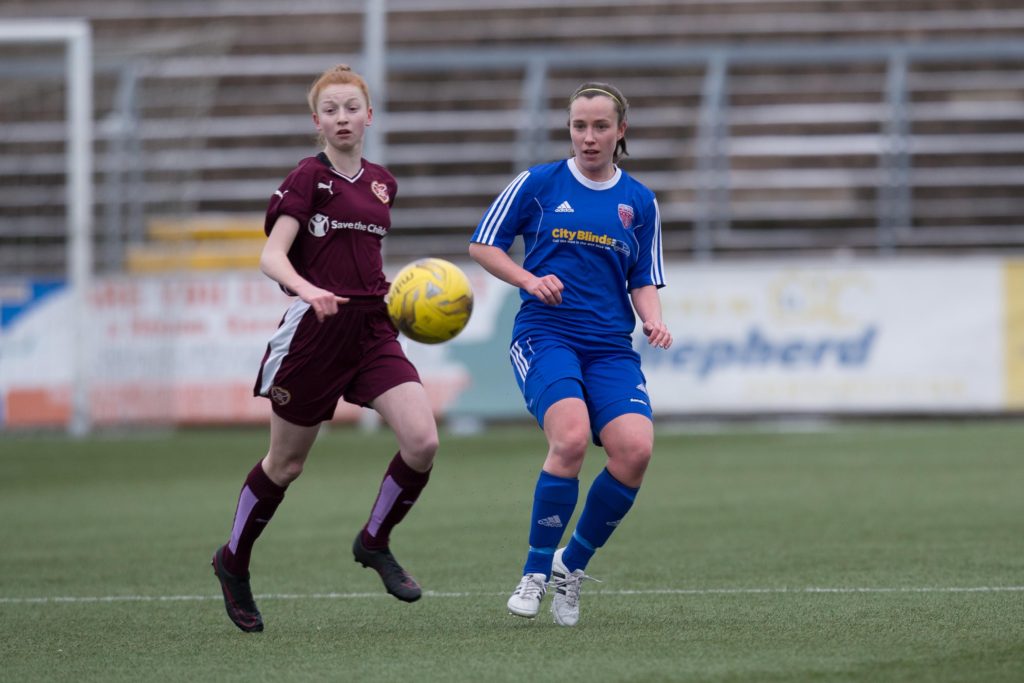 Forfar Farmington started their SBSSWPL1 season in the best possible fashion as they defeated Hamilton Academical 1-0.

Robyn Smith’s 53rd minute goal was enough to give Mark Nisbet’s side all three points at the Superseal Stadium.

The hosts had the first opportunity of the game in the sixth minute as Lori Gardner attempted an overhead effort but failed to beat Fiona McNicoll.

A minute later Megan McCarthy was inches away from opening the scoring; Cassie Cowper’s free kick found the defender but she stabbed the ball wide.

In the 19th minute Hannah Stewart’s cross was cleared for a corner with Danni McGinley waiting and from Julia Scott’s set piece Cowper saw her effort cleared off the line.

Sixty seconds later Tammy Harkin was denied by Lauren Grant while Nicola Davidson’s long range effort had the sting taken out of it by an oncoming defender as both sides started to cancel each other out before half time.

The second half saw Forfar come flying out the blocks with Davidson and McGinley testing Grant in the first three minutes.

Farmington went one better in the 53rd minute; Scott’s pinpoint cross was swept home by Robyn Smith at the far post.

A minute later Gardner couldn’t beat McNicoll while Nina Fitzsimmons’ cross was headed over by Katie Rice who should have done better.

On the hour mark Scott sent an effort just past the post as Farmington looked to add a second.

The Forfar defence held firm through a period of pressure from the hosts as they restricted them to two long distance shots from Rice that McNicoll gathered with ease.

In the 87th minute Stewart could, and probably should, have killed the game off as snow fell on the pitch; subs Kirsty Deans and Cheryl Kilcoyne combined for the latter to spray the ball across for the winger to blast over the bar.

The final chance fell to Accies sub Teigan McCann in injury time; she made her way into the box and after cutting inside, tamely sent a shot into the arms of McNicoll.

The result is the perfect start to the 2018 SBSSWPL1 season and Farmington will look to build on this when they take on Hibernian next week.