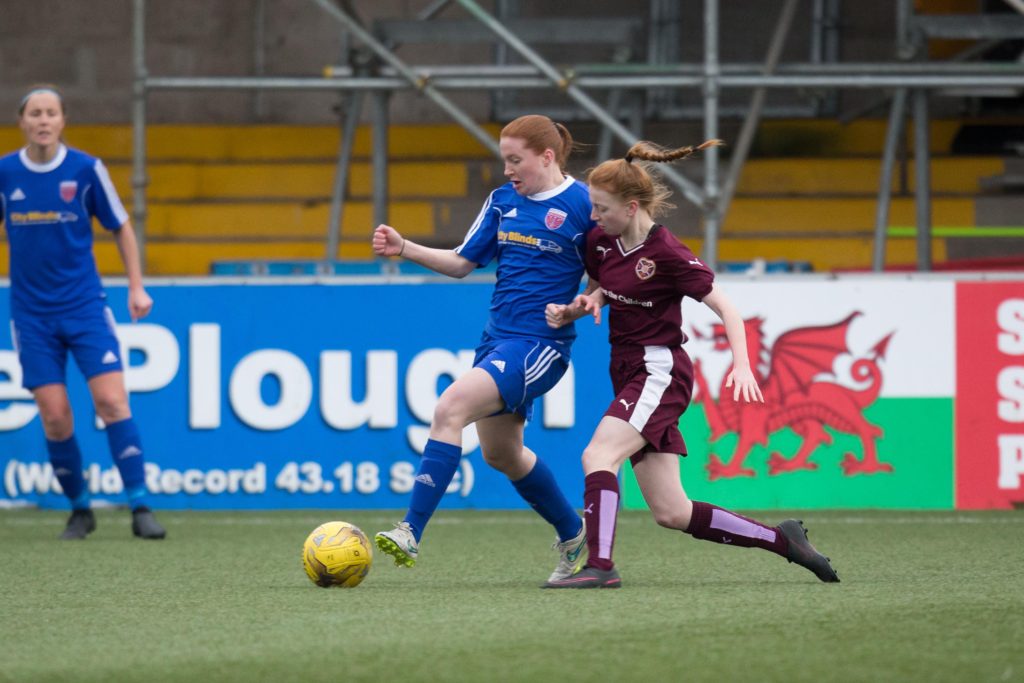 Latest signing Hannah Stewart is eager to is to contribute as much as possible during her time at the club.

The 21 year old attacker links up with a familiar face in Mark Nisbet after joining Farmington on loan from Glasgow City until May.

With her signing announced earlier in the week, Stewart will play for the club while she completes her studies and she expressed her gratefulness for the chance to do so.

“I’m very grateful to Forfar for letting me play for the club whilst I finish my studies back in Aberdeen. Forfar have a great set up and a great mind set going into the season, so it’s good to be a part of it.”

During her time at Aberdeen, Hannah played under a coaching team that contained current Farmington head coach Mark Nisbet; the former Scotland U19 internationalist felt the head coach’s traits influenced her decision to join the club.

“The set up and professionalism that Mark brings to the club on and off the pitch definitely helped in my decision to sign.”

Hannah has previous SBSSWPL experience, having played for both Buchan and Aberdeen in the top flight of women’s football and she hopes she can utilise this while still learning during her time at Station Park.

She said: “I hope I can use my experience in every game I play. I’m still young and still have a lot to learn, and I’m sure I can do this at Forfar. I hope I can contribute fully to the team and their goals for the whole time I’m at the club.”

With Farmington returning to the top flight after their title winning season in the second tier, Stewart hopes she can help to push the club as high as possible while in a blue shirt.

“Obviously I want to do as well as I can in every game I play and I hope I’m able to push Forfar as far up the table as possible during my time at the club. The club has a great set up with a lot of support behind it, so there’s no reason why we shouldn’t achieve what we set out to.”