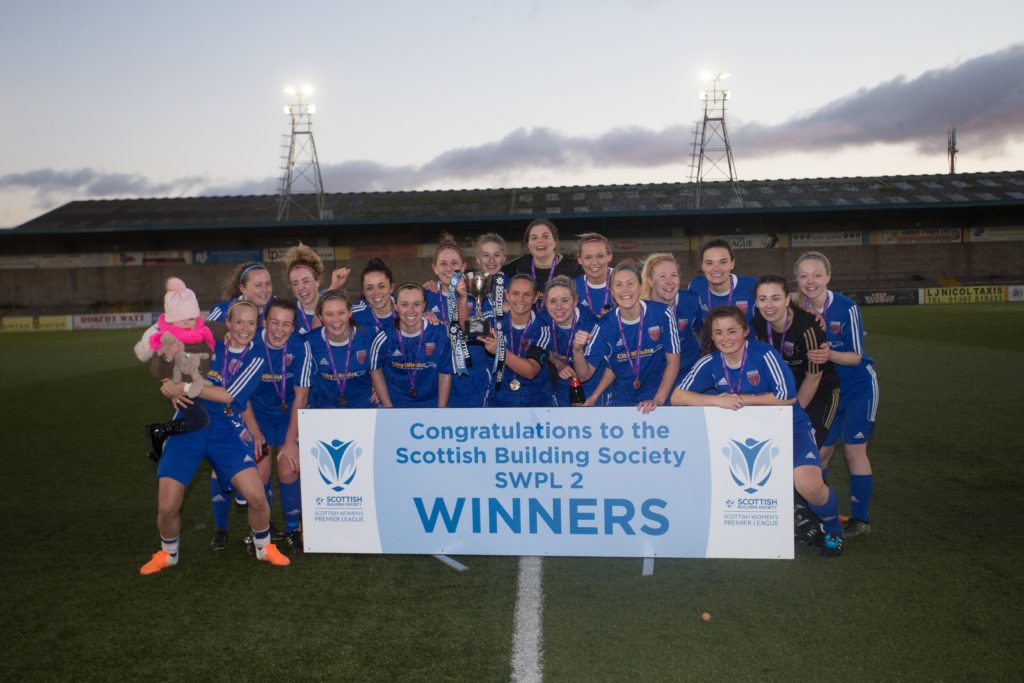 The club are delighted to announce that the SBSSWPL2 championship winning squad have been nominated for the ANGUSAlive Team of the Year award in their Sports Awards for 2017.

This award, sponsored by Community Sport Hubs, aims to recognise the achievements and commitment of voluntary sports teams at all levels, in 2017.

Mark Nisbet’s side, which also reached the semi finals of the SSE Scottish Women’s Cup, are nominated alongside seven other teams, which are as follows:

The winner will be named at their awards ceremony on Friday 16 March 2018 at the Reid Hall, Forfar.

Head coach Mark Nisbet spoke of his pride that the players have been nominated for the award after winning the Scottish Building Society Scottish Women’s Premier League Two title last year.

“I’m delighted that the players have been recognised for their achievements last year. To win a national league and get to a Scottish Cup semi final is a fantastic achievement and has rightfully earned them the nomination.”

You can attend the event, celebrating the achievements and efforts of the nominees of all awards at the event with tickets available to purchase.

Early bird tickets for the awards can be purchased online until Friday 19 January with full price tickets on sale from Saturday 20 January and can be purchased from www.angusalive.scot/tickets. The evening includes a welcome drink, two course dinner, evening entertainment and the awards ceremony.