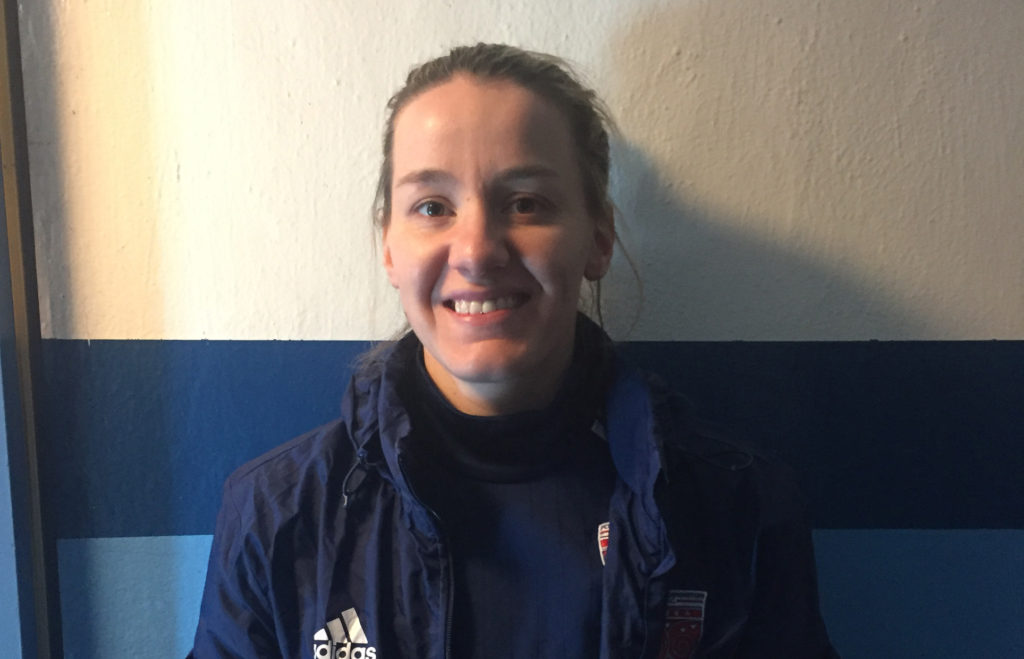 The club are delighted to announce our third signing of the week as Tammy Harkin joins the club from Dundee United.

Harkin, 26, moves from the SWFL1 North runners up and she is eager to get going with her new teammates.

Speaking shortly after signing, the midfielder feels the squad are willing to work hard for each other.

“I’m delighted to have signed for Forfar, it’s a great bunch of girls who are willing to work hard, both for themselves and others and there’s a good team spirit.”

Harkin continued: “What attracted me to the club was most definitely the fact that they are now playing at the top level, from what I have seen and heard in the past few weeks at training sessions, the club has such high ambitions and wants to strive to be the best which is something I want to be part of.”

With the side returning to the top flight of the SBSSWPL, Harkin believes the talent within the squad is good enough to ensure they consolidate in their first season.

“The squad has a good variety of players who are all talented and bring something to the team therefore I don’t doubt for a second they will work hard and earn the rewards.”

Harkin admits she is also looking forward to the challenge of earning a spot in the team each week with players such as Nicola Davidson and Kirsty Deans jockeying for the midfield positions.

She said: “I am looking forward to the challenge of having to work hard for a place in the team every week, I am competing against talented girls and if the coach believes I bring something and I get to start games, I will be very happy.”