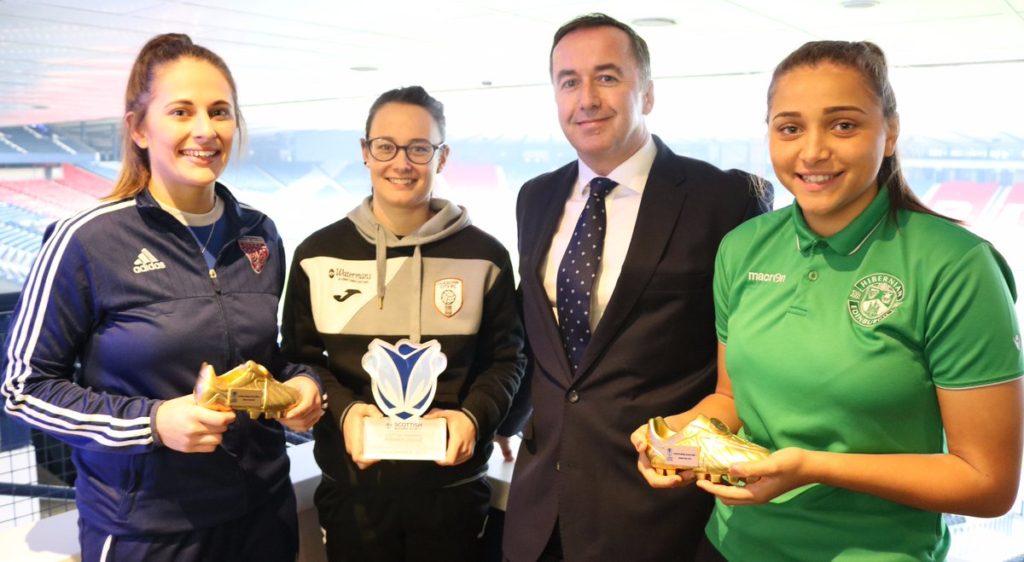 Danni McGinley was elated to win the Golden Boot for the Scottish Building Society Scottish Women’s Premier League 2 after netting 22 league goals in 2017.

The attacker scored eight goals in seven league appearances for Jeanfield Swifts before her move to Farmington in June where she added another fourteen goals in thirteen games.

22 year old McGinley felt it was special to win the award with a number of talented players in the league’s top goalscorers.

She said: “It’s a really great feeling and it’s nice to have my contributions recognised with a national award.  It was a tough league with lots of talented players throughout and that makes it a bit more special for me too.”

McGinley was in fantastic form in a Farmington shirt as her fourteen league goals in half a season almost equalled the top scorer for the entire season in SBSSWPL1 and the striker was pleased that moving to a new club during the year didn’t disrupt her performances.

“I think I have performed consistently well since joining, I was given the opportunity to show what I can do and I feel I’ve managed to prove it by continuing my goal scoring form.”

Farmington return to the top flight next season and while McGinley hopes she can maintain her goal return, the main focus will be to win games.

She said: “It would obviously be great to score as many goals again next year, but the main focus will be to win as many games as possible and if I can score the goals required to contribute to the wins for the team then I will be delighted.”