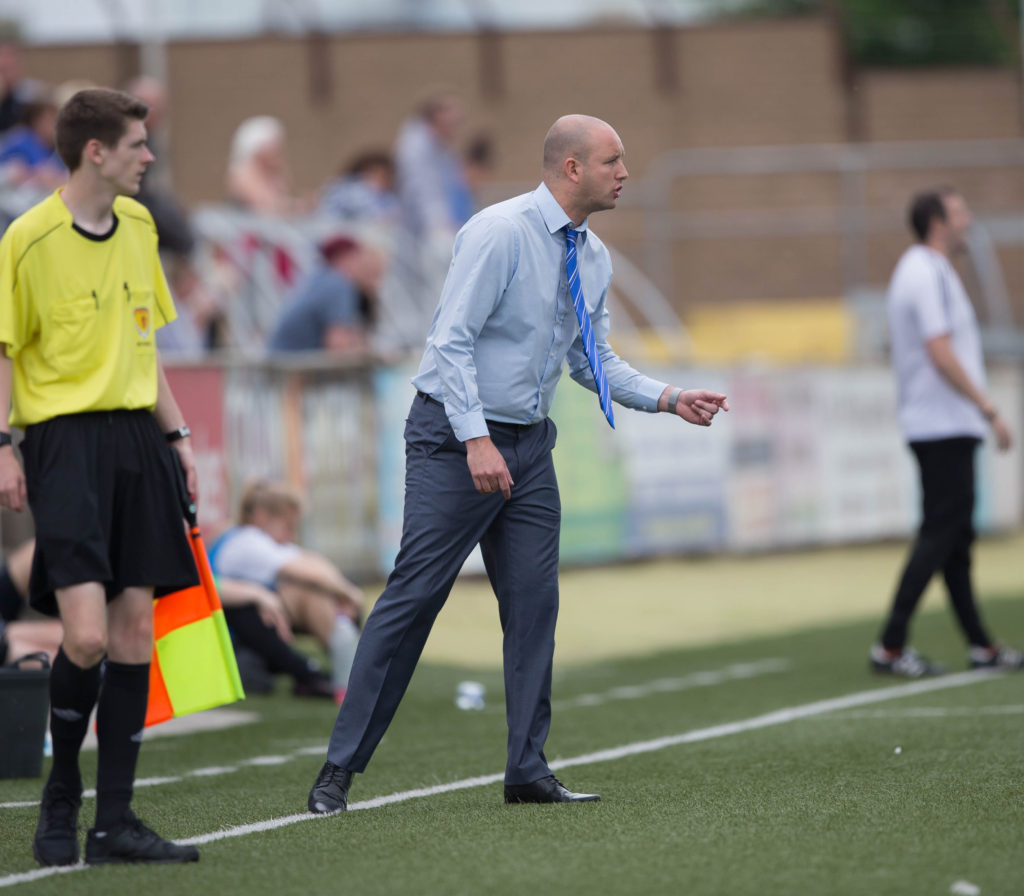 Nisbet feels his side are better equipped to fight in SBSSWPL1 after their 2016 relegation and is already looking to strengthen his title winning squad.

The head coach reckons the title winning squad deserves their chances in the top flight but is hopeful of announcing a couple of signings over the next few weeks.

“I feel that the players that have got us this far deserve to play in the top flight but we will obviously look to strengthen the squad a bit also. I’d like to think we can do a bit of business in the coming weeks. We have a few irons in the fire so we will hopefully be able to announce a couple of signings very soon.”

Nisbet is confident his side are better equipped to ensure that they approach games next season following their title win.

“I feel we are far better equipped now and have a better understanding of what’s expected in regards to performance level and how I want us to approach games.”

Farmington ended the 2017 season with a 4-0 win over Jeanfield Swifts and Nisbet was delighted to finish on a high in front of a large support.

“I was delighted to finish the season off with a positive result and another clean sheet. We were a real force at home last season and that is something we will be looking to build on this coming year.”

“I was delighted for the players as they showed the class that they have to everyone who made the effort to come and support us when we lifted the trophy.”

Attacker Danni McGinley netted twice to take her league tally for the season to 22, including 8 at former club Jeanfield before her move in June, and Nisbet felt it was a boost to have the SBSSWPL’s top scorer in the squad.

“I’m delighted with Danni’s contribution, to have a goalscorer like her in the group is a big boost to the whole squad. Sometimes you’ll only get a couple of chances in a game so it’s vital to have players who can take those opportunities and she can definitely do that.”

Nisbet also praised players who had their first season at Premier League level, with Erin Cattanach, Cheryl Kilcoyne and Leah White all winning awards at the end of season presentation evening.

“They were fantastic. They took it all in their stride and just got better as the year went on. I look forward to working with them again next year and see them progress further.”