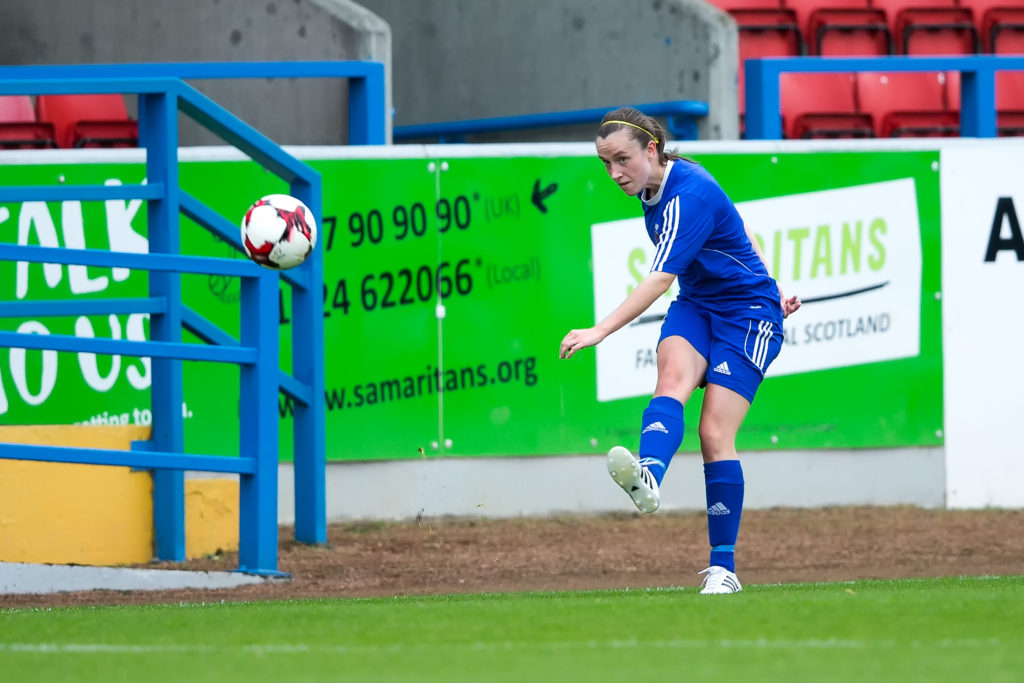 The side were defeated 5-0 and despite the scoreline, Farmington put in a good performance ahead of this week’s important league clash with Motherwell.

Smith reckons the squad can build on the performance and take spirit from the pressure they put on City throughout the game.

“We can take positives from Sunday, we knew it would be a tough game from the start but we had nothing to lose. I feel that the team performed well, we defended well and made them have to think where they were going to play the next pass, despite the scoreline we come away from the game knowing we put in a good performance.”

She continued: “We made mistakes and credit to City for taking their chances but if we take that performance and hard work into next week I’ve got great belief that we will go on and achieve our goal.

The 24 year old attacker was pleased with her own performance but admitted she felt there were a few things she could have improved on.

“I feel as if I stuck to the game plan we had in place, although I could have pressed higher on some occasions and one or two passes weren’t great but I felt I done enough at times to stop them from using their wide players.”

This Sunday sees Farmington entertain Motherwell in a first vs second clash that could see Farmington win the Scottish Building Society Scottish Women’s Premier League Two, sealing a quick return to the top tier and Smith believes the squad can continue their excellent home form having dropped just two points in 2017.

“We’ve got a great home record this season and everyone loves playing at Station Park, it’s a big park and we know how to use it. We will go out there to make sure we keep our unbeaten run at home going.”

“If we play like we know we can we will come away with all three points. The fact we can win it at home will give the girls confidence and believe to work hard and get the win. Everyone wants to be able to win the league on home soil.”