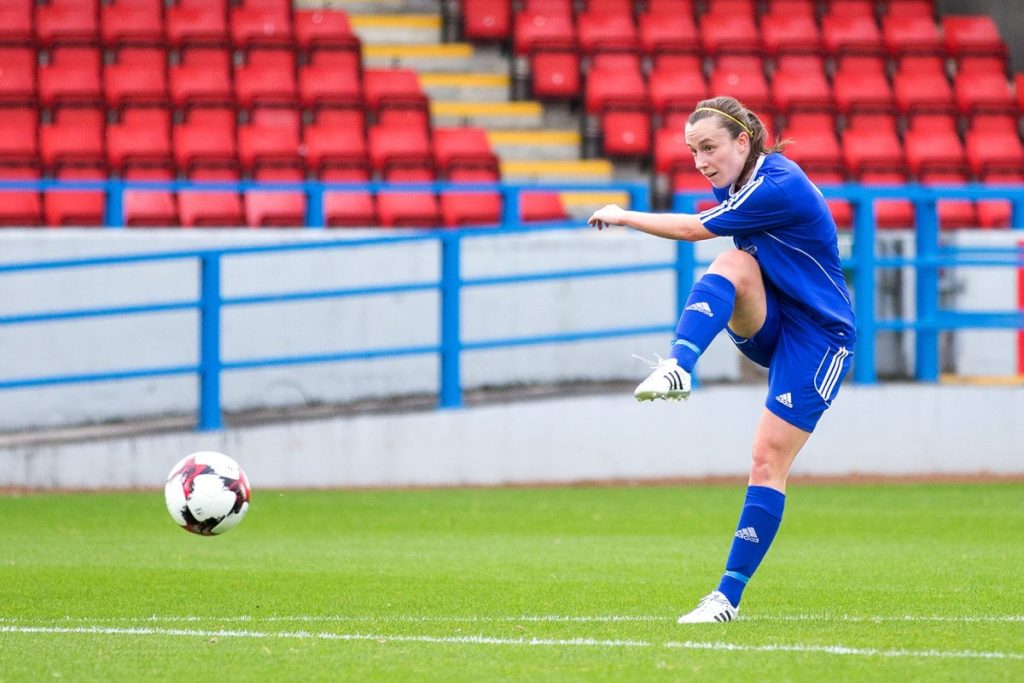 The SSE Scottish Women’s Cup run came to an end for Forfar Farmington at the semi final stage as they fell to a 5-0 defeat against Glasgow City.

The game, held at Stirling Albion’s Forthbank, got off to a fast start with City taking the lead just three minutes in; Katie McCabe setting up Noelle Murray to curl home despite suspicions of offside.

Julia Scott sent a cross into the box and despite it falling to Robyn Smith, she dragged her effort wide of the mark.

Carla Boyce skied a great chance over the bar from ten yards before Megan Foley nodded over from a Leanne Ross free kick just after the half hour mark.

City extended their lead in the 34th minute when Keeva Keenan rose highest to nod home a Ross set piece.

Joanne Paton fired wide after a great run forward while at the other end Lee Alexander just beat Danni McGinley to a Scott through ball.

Farmington were unlucky not to pull a goal back on the stroke of half time when Caroline Heron sent a 40 yard effort towards goal; Alexander having to do well to tip the ball over. Heron came close to meeting the resulting corner but City were able to clear the danger.

After half time, City had chances to add to their advantage through Murray and Boyce but neither could trouble McNicoll.

The keeper pulled off a great save in the 57th minute; Hayley Lauder slipping the ball to Jo Love and the midfielder’s fierce shot was expertly pushed away by McNicoll.

Two minutes later former Farmington winger Abbi Grant made it 3-0 with a great darting run towards goal before slipping it past the keeper.

Despite the scoreline, Farmington kept their heads up and almost pulled a goal back with Robyn Smith seeing her effort deflected away from goal just after the hour mark.

The game started to peter out following City’s third goal, with neither side creating much until the final quarter of an hour.

City sub Eilish McSorley sent a shot wide from distance and Grant sent a tame effort towards McNicoll but they added another in the 83rd minute.

Joanne Paton was fouled by Erin Cattanach just inside the box with the defender booked; Paton stepped up to fire the penalty past McNicoll.

As the game entered injury time, there was still time for City to make it 5-0 with Megan Foley slotting home from close range.

The scoreline was harsh on Mark Nisbet’s side but they can take positives from their performance as they focus on the final four league games, starting with next week’s potential championship decider against second place Motherwell.