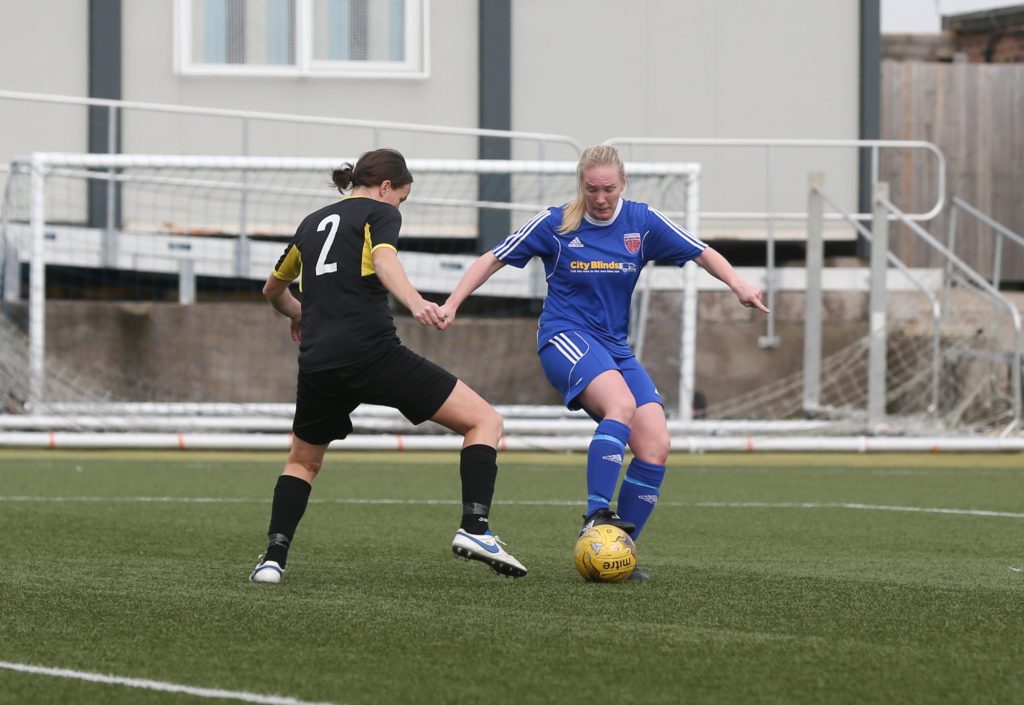 Caroline Heron was relieved to get back scoring in Forfar Farmington’s win over Buchan after struggling with injuries over the last few years.

The 26 year old attacker netted twice in the 7-1 victory and she believes it was vital they bounced back from last week’s disappointment against East Fife.

She said: “It was important for us to get the win today and score some goals especially after a disappointing result last week.”

Heron has been unlucky with injuries after her previous spell at Farmington, including missing over a year of action at Hibernian and she was pleased to return to scoring ways.

“It’s been a frustrating few years with injuries and to get back on the scoresheet is a relief.”

Heron made her third appearance since signing for her second spell at the start of September and she expressed her delight with a few familiar faces still at the club from her last season at Station Park in 2013.

“It feels great to be back playing for Farmington. There is still a lot of familiar faces and exciting young talent.”

Farmington now focus on their Scottish Cup semi final against Glasgow City this Sunday and Heron believes the side have nothing to lose going into the game.

“We have nothing to lose next week against a top side and we will give it everything we have got. Forfar will hopefully be back where they belong next season.”