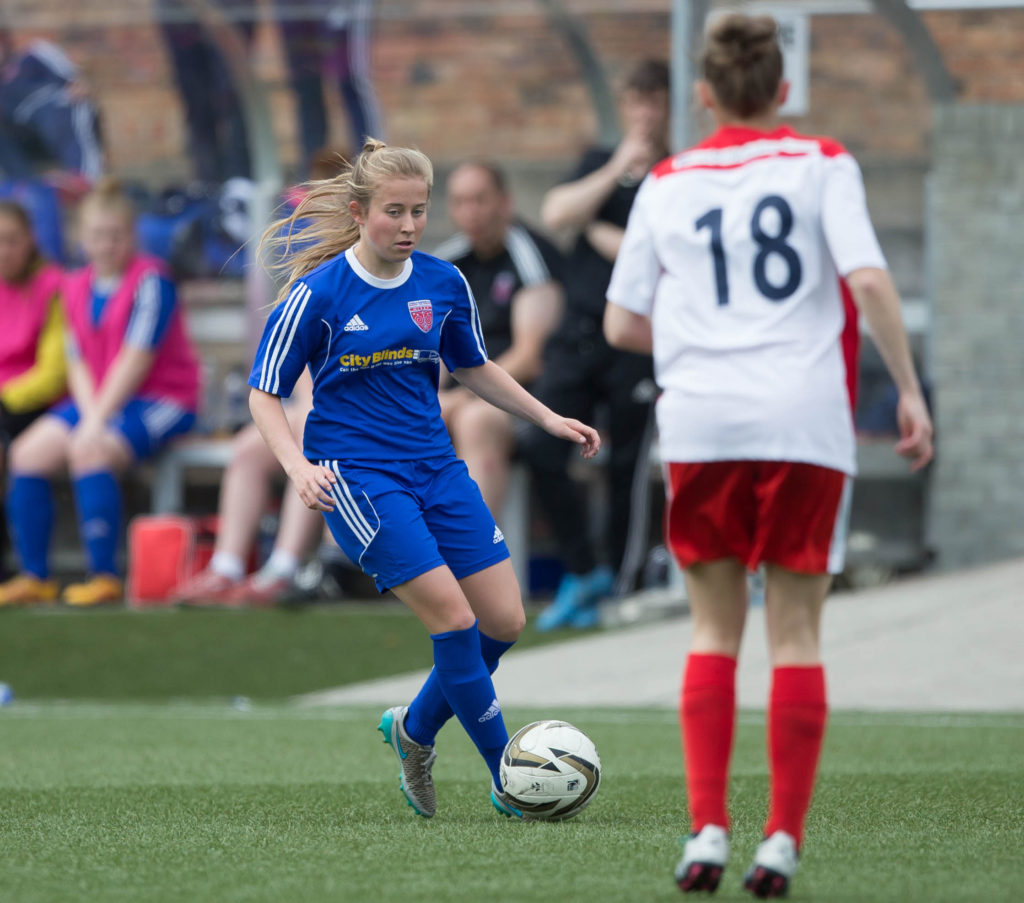 Philippa McCallum believes Forfar Farmington’s U17 squad can clinch the East Region League Cup tomorrow if they give it their all against Aberdeen.

The girls will face the Dons at Westview Park in Kirriemuir at 1pm and will look to lift the trophy after winning the U15 version last season.

McCallum reckons her team mates are looking forward to the final and belief in the squad is high.

She said: “I think we are going to go into the final strong and everyone is really up for the game. We have a big chance if everyone puts 100% and all our effort into the full match.”

The side are currently second in the East Region league, six points behind tomorrow’s opponents with two games in hand and McCallum is delighted with the progress made so far this year.

“I think we have played really well in the league so far this season and worked hard in every game.”

2017 has been a good year for the 14 year old, having made her Premier League debut, named in Scotland U16 & CYP squads, winning the Player of the Tournament in the CYP Rosebowl tournament.

“I’m really pleased and happy with how my year has gone. I’ve made my Premier League debut and although it was disappointing not to win the Rosebowl tournament with the Scotland CYP squad, I won the player of the tournament.”

McCallum holds the record for youngest player to make her senior debut for Farmington in the Premier League, making her bow against Jeanfield Swifts in March at 14 years, 5 months and 24 days,  and the youngster hopes she can add to her tally in the future.

“I would really like to play for the senior team more in the future, I loved making my debut against Jeanfield in March.”