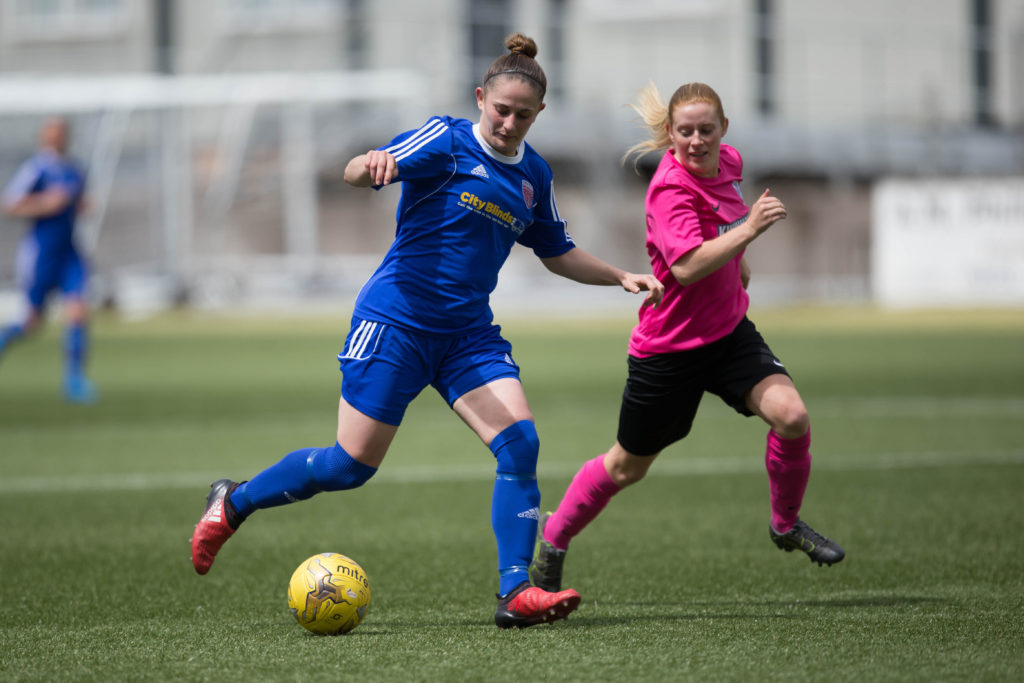 Attacker Danni McGinley is delighted to have gotten off to a fantastic start at Forfar Farmington but admits it was disappointing to lose their first league game this season.

Despite goals from McGinley and Robyn Smith, Farmington lost in the league for the first time since October last year with their lead at the top of the Scottish Women’s Premier League cut to six points.

22 year old McGinley felt the side started off well and had the lion’s share of chances but lamented their failure to capitalise on this.

She said: “I think we started well getting the early goal but then lost a bit of tempo throughout the first half, and let Motherwell have too much time on the ball. Overall I think we dominated the majority of the game but failed to take our chances and were punished as a result. We limited Motherwell to three chances and to their credit they took them all.”

The attacker opened the scoring after just two minutes with a volley from close range while setting up the second for Robyn Smith in a reversal of the first.

“As a striker I’m always happy to be on the scoresheet, Robyn played a good ball in and I knew I just needed to get in front of my player and get something on it and it would go in.”

Since returning to Forfar at the start of the month, McGinley has netted three goals in four games, notching three assists at the same time. The former Jeanfield Swifts forward reckons she has picked up her teammates’ style of play quickly and is over the moon with her efforts so far.

“I’m happy with my contributions so far, I think I’ve gotten to know and understand the way the team plays quickly and that has helped me with picking up goals and assists.”

McGinley also admits it feels like she was never away from the club and praised those involved on and off the pitch. The league now heads into the summer break however she is already eager to get going with the second half of the season.

“It’s great to be back and everyone has been so welcoming, it almost feels like I was never away at times. I already feel fitter in myself, and I’m looking forward to the second half of the season as I feel like the team still have much more to give.”