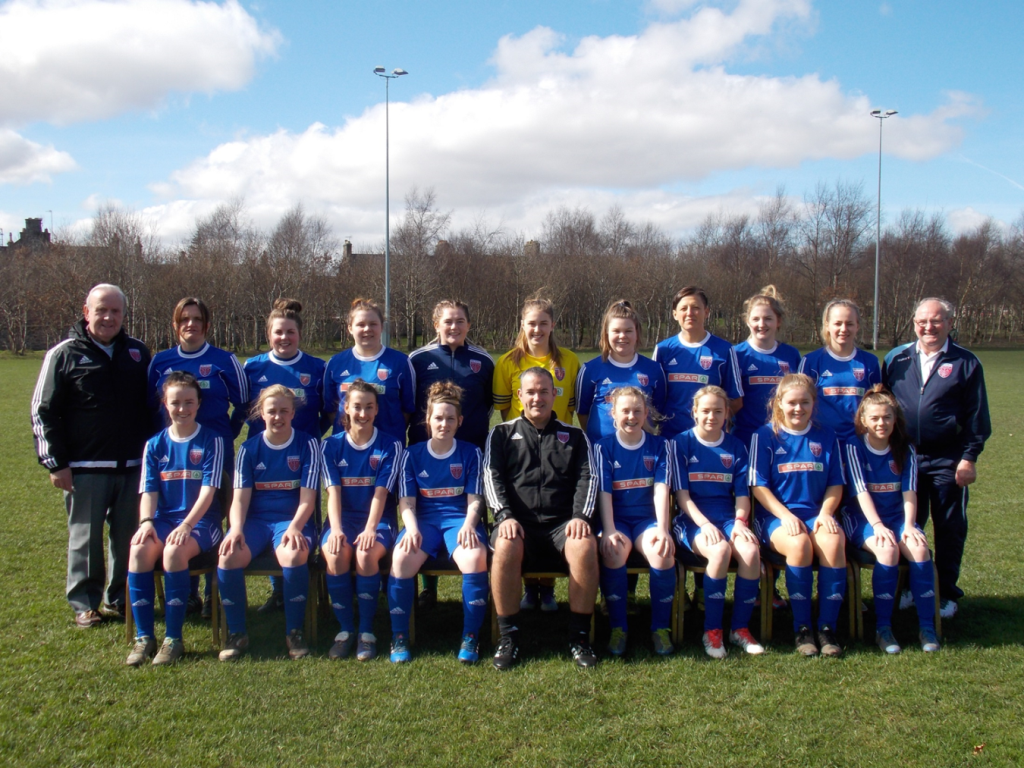 Our Ladies team put in a superb attacking performance on Sunday to comfortably defeat a young Letham team at Seven Acres in their last league game before the summer break.

Ashleigh Smith scored seven goals in the victory, taking her tally to eleven goals in her last two games and sixteen for the season to date, which, given this is her first season in competitive football is a great achievement.

The Ladies started the game quickly and Pauline Harley opened the scoring after two minutes; slotting home after Hannah Dryden had hit the post.  Smith then started her run of goals with two composed finishes after running on to good through balls from midfield.  Emma Stewart got the fourth following a fantastic surge up the left wing before cutting in and finding the back of the net. Smith completed her hat trick before the break while adding another two, one a header from a right wing cross from Stewart.  Harley netted her second with a fine finish from the edge of the box to put the team 8-0 up at half time in Perth.

Letham started the second half in determined mood and kept Forfar at bay until the 65th minute when Hannah Dryden, playing as a striker, scored her first of the game. This was more than deserved as she had seen two efforts hit the woodwork in the first half.  She went on to complete her hat trick with another two great strikes.   Smith wasn’t finished either and she added two further second half goals to complete a double hat trick and add a seventh to her tally. Letham scored a late consolation from the penalty spot to deny Rachelle Milton and her defenders the clean sheet.

This was a great squad effort with six players missing due to holidays, work and injury.  Credit has to be given to Letham who kept going to the end with only the bare eleven available – this is their first season in senior football and they have some talented youngsters coming through to complement the more experienced players.

This result leaves Forfar comfortably in the top half of the table on 18 points from eleven games played as they look forward to resuming in early August.