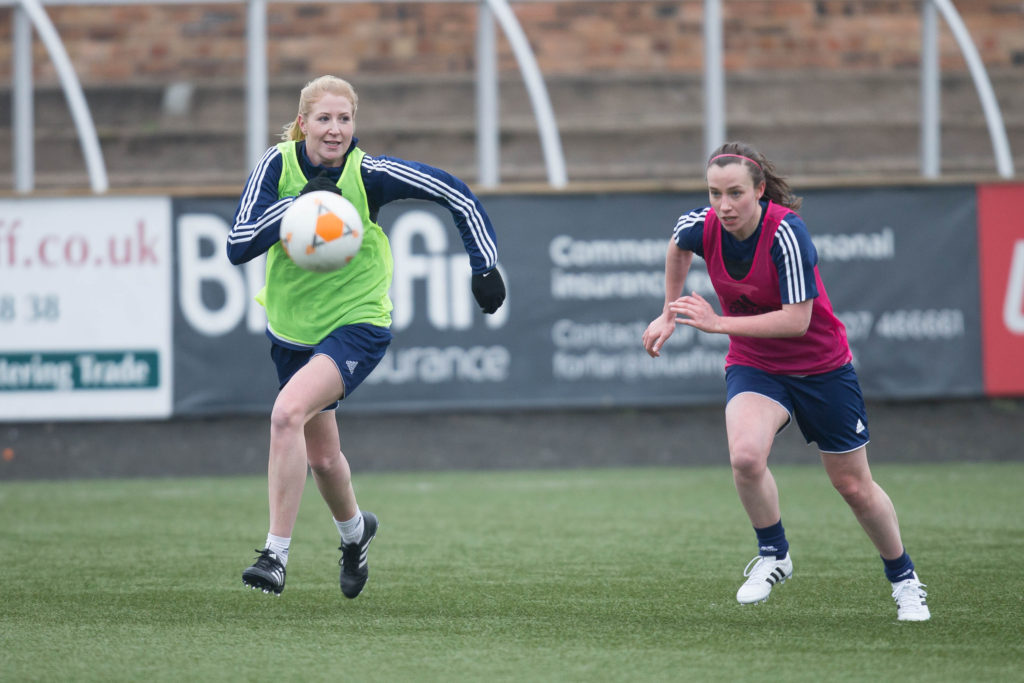 Vice captain Gemma Collier is pleased with the way the side have started life in the Scottish Women’s Premier League Two.

With four wins and one draw in their first five games, Farmington currently lead the way as they look to bounce back to the top tier of the Premier League at the first attempt.

Collier reckons it was vital to start 2017 in a positive fashion after last season’s disappointment saw them suffer relegation.

She said: “It was important that we started the season well. We know from experience how hard it is to try and chase points, it puts pressure on everyone. It was also important to get some wins just to enjoy the game again. After last season we felt a bit deflated so it’s good to be doing so well.”

The side entertain Edinburgh University Hutchison Vale this weekend and Collier is glad to get back to familiar ground after away trips to Glasgow Girls and Hearts with the defender keen to extend the unbeaten run.

“It will be good to be playing at home again and hopefully just put in a good performance. Following on the back of two which weren’t so great it’s important we raise our standards again. If we play well and to our capabilities I don’t doubt we can come away with 3 points.”

Farmington drew with fellow championship contenders Hearts a fortnight ago and while Collier was pleased to grab the equaliser the 26 year old feels the side weren’t at their best at Kings Park.

“The game was a tough one, the surface wasn’t ideal but it was the same for both teams. When we retained possession we looked more dangerous and we had a better second half but we didn’t play our best so to come away with a point wasn’t too bad.”

She continued: “There are always positives and negatives to take from your own performance. I didn’t feel I played very well but a goal was a bonus. It’s not often I get one.”

The start of the season also saw new additions to the squad with Alison Debio and the returning Laura Parsley amongst those making their mark. Vice captain Collier expressed her delight at the impression the recruits have made and hopes they feel they made the correct decision to join Farmington.

“I feel the new signings have been a good addition and have fitted in really well. The girls are always quite welcoming and the mood in the team is really good just now so hopefully they feel they made the right decision.”