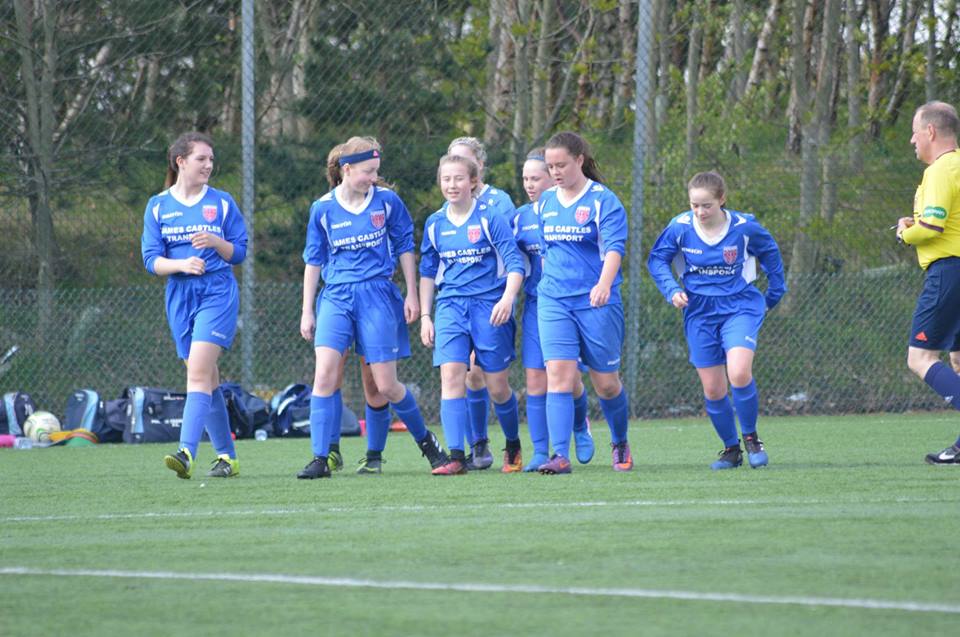 A spate of injuries that have all come at once looked as though it might adversely impact Forfar Farmington U17’s progress in the League Cup as they travelled through to Edinburgh to take on Boroughmuir Thistle in the first round of this year’s competition. 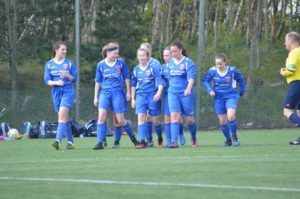 These injuries meant that only ten girls were able to start the match, with no substitutes available. To make matters even harder for the girls was another injury during the game meant that they played most of the game with nine players and, on top of that, were the really difficult weather conditions! The horrendous wind meant that the isobars on the weather map were very tight together however not nearly as tight as the Forfar Farmington spirit as our girls fought against the odds to win a well-deserved victory. 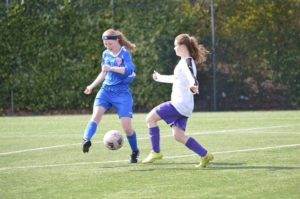 The girls kicked off with the wind at their backs. As the game progressed you could see that Forfar had put any idea of being a player down out of their minds as they worked very hard from front to back to build some consistent pressure on their opponents. The Boroughmuir defence was proving to be a competitive one and although they found themselves under pressure they worked hard to prevent any clear cut goal scoring chances. On a couple of occasions the Forfar defence, superbly marshalled by Katie White, was tested however they stopped any threats being made on their goal. 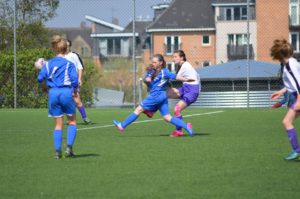 Forfar found themselves even more up against it after 30 minutes when Eve Warden suffered an ankle injury. Although she attempted to continue playing it proved too uncomfortable so her withdrawal saw Forfar down to nine players. In spite of this Forfar took the leads with a beautiful goal from the left foot of Phillipa McCallum. With the keeper off her line Phillipa saw her chance from 25 yards to angle a real pearler of a strike high into the goal. This lead was a well-deserved and very welcome one in view of the fact that the girls would have to face their opponents with the wind at their backs in the second half. 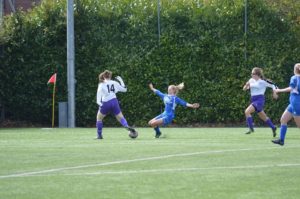 The second half saw the girls under a bit of pressure from Boroughmuir with long range efforts mainly being fired straight at our keeper. A couple of very dangerous corners were fired across the Forfar goal but on both occasions nothing was made of those excellent opportunities to draw level. Steffi Simpson’s pace saw her carve out a couple of chances but the Boroughmuir keeper stood strong against both.

The final whistle eventually came and with it a place in the draw for the second round of the League Cup for our girls. A quite extraordinary victory in what was a really strong and committed team performance under challenging circumstances.