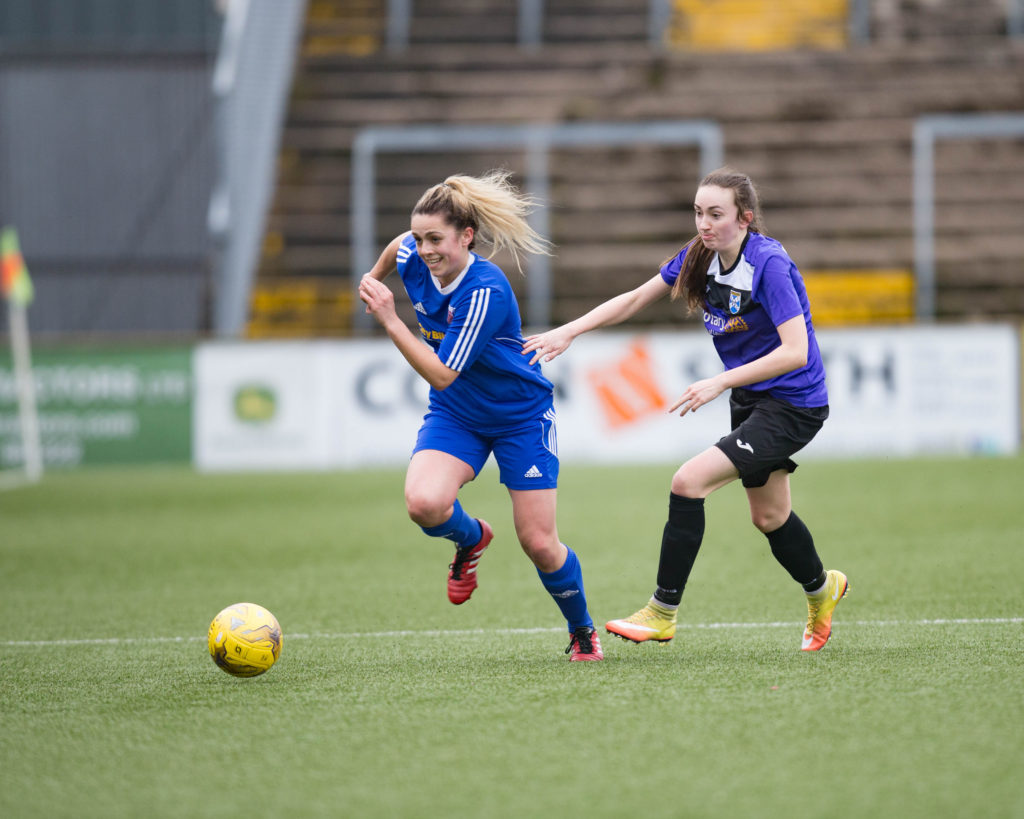 Megan McCarthy was pleased to get the three points however she was disappointed in the manner of the goals conceded as Forfar Farmington defeated Motherwell 5-3 on Sunday.

The defender also insisted her goal was intentional after lobbing Lauren McGregor from 25 yards for Farmington’s fifth as they extended their 100% record to stay at the top of the Scottish Women’s Premier League 2.

24 year old McCarthy reckons there are a lot of positives to take from the victory including scoring so many goals in Sunday’s victory.

She said: “I felt our performance was good although we are disappointed at the end result having conceded those three late goals when we were 5-0 up at one point. There are a lot of positives that we can take from the game in that we got the three points we wanted and we created chances allowing us to score five goals.”

The former Inverness City defender had only netted once for the team before Sunday’s fantastic lob from 25 yards and she explained that the goal was no fluke.

“Everyone seems to think it was a fluke but I did shoot intentionally! Goals don’t come round often for me so I was very happy that I got my name on the scoresheet and hopefully I can squeeze in a few more this season.”

She continued: “I think I played better this week but again looking back at the goals that went in today I feel that we could have communicated a bit better and we wouldn’t have conceded the last two!”

The side now face a two week break before their next league game away to Glasgow Girls and McCarthy feels the squad have gelled well together so far, as shown by their three victories in their opening three league games.

“It’s a positive start to the season. With a new group of girls coming in this season I feel that we have all bonded well and we still have time to learn how each other play.”

“We intend to carry on with the current run of form and get the team back up to SWPL 1 which I believe the team and the staff deserve to be in. We will go back and get our heads down in training for the next two weeks before our game away to Glasgow Girls.”