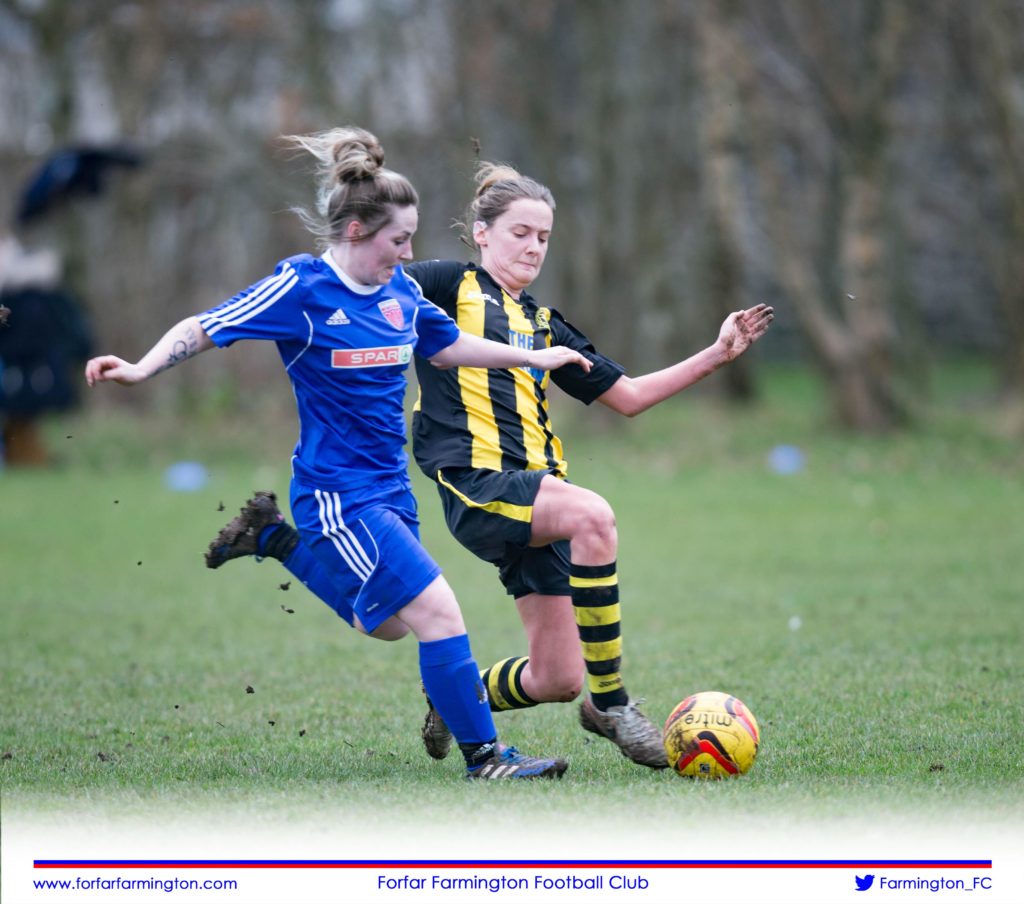 Despite going behind, three Smith goals put Forfar ahead however Vale pulled the game level again before Smith’s fourth and a Carrie Hoggan double gave Jeff Rioch’s side all three points.

Credit should also be given to 15 year old Oliwia Gach after she made her senior debut for the side, stepping up from U15 level with an impressive performance.

It was an entertaining game at Market Muir which saw both teams create and miss chances in the opening fifteen minutes.

Hutchie Vale took the lead after a great initial save from Gach; the loose ball was knocked back past her with the forward reacting quicker than the defence.

Forfar were guilty of missing a couple of one on one chances but good work from Hoggan on the left wing saw her pass find Smith and the striker fired into an empty net to level the scores just before half time.

Farmington came out brightly in the second half and went ahead with two well taken goals from Smith to complete her hat-trick.

Rather than allowing Vale to keep their momentum going, the Ladies dusted themselves down and got back on the front foot instead of feeling sorry for themselves.

Smith grabbed her fourth to cap off an impressive game for her after great pressing from midfield before Hoggan netted her second with two minutes left; latching on to a Harley pass before finishing.

All in all it was a deserved result and the desire to go on and claim all three points after being pegged back at 3-3 was great to see.

The result brings the Ladies up to fifth in the SWFL2 East Division and they face a trip to Seton Ladies in a fortnight as they look to continue their good start to the season.