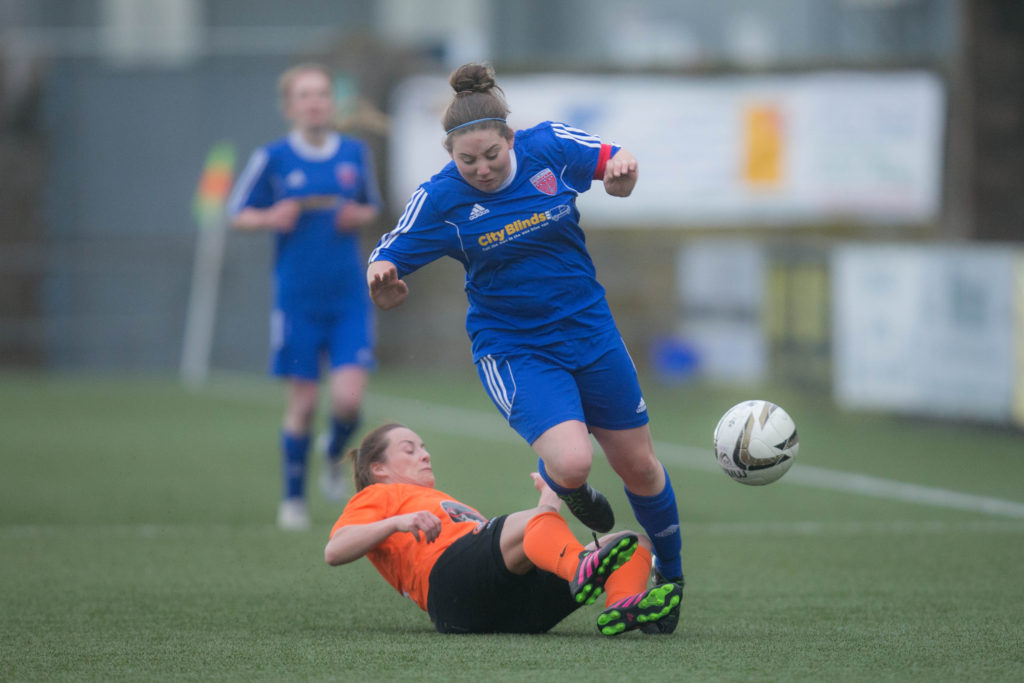 Forfar Farmington U23 captain Cheryl Kilcoyne was proud of her teammates despite suffering their first defeat of the season on Sunday.

The attacker netted an 87th minute penalty in a five goal thriller against Dundee United with Beth Shillitto scoring Farmington’s first as they missed out on a deserved point.

22 year old Kilcoyne felt the side were unlucky not to take something and reckons every player gave it their all on the pitch.

She said: “Personally I feel like we came out strong and played well as a team and are now seeing the benefits of our formation. We had good possession throughout the game and created chances. Every player put in 100% and we were very unlucky today. “

Kilcoyne now has five goals in three games and despite her fantastic start to the season, the attacker believes there is still room for improvement.

“I felt like I played well today and was happy with my performance but there’s always room for improvement!”

“I’m very pleased with our start this season and we have gelled well together.  We are learning to play to our strengths and mine just happens to be finding the back of the net at the moment.”

The U23 side have one point from their first two games against sides looking to be at the top of the league at the end of the season and Kilcoyne is adamant the youngsters should be aiming for the same position.

“This season I would like to finish at the top end of the table if not the top. I’m enjoying each game and the competition that they bring. I feel like as a squad we are more confident in our ability and are definitely improving each week.”

U23 head coach John Dunn echoed Kilcoyne’s thoughts on the game, expressing his disappointment at not taking anything from Sunday.

He said: “We were very unfortunate not to take anything out the game as we started the game at a high tempt and took United by surprise. I feel we dominated the first half but similar to our first game against Dunfermline we aren’t taking our chances and it’s coming back to bite us. The second half was very even as well but with us not taking advantage of the chances we created it just wasn’t to be.”

“We have started the season very well with a good point at Dunfermline and on another day we could have come back with all three. Today we deserved at least a point but if we continue to work hard I believe we will have a successful season.”