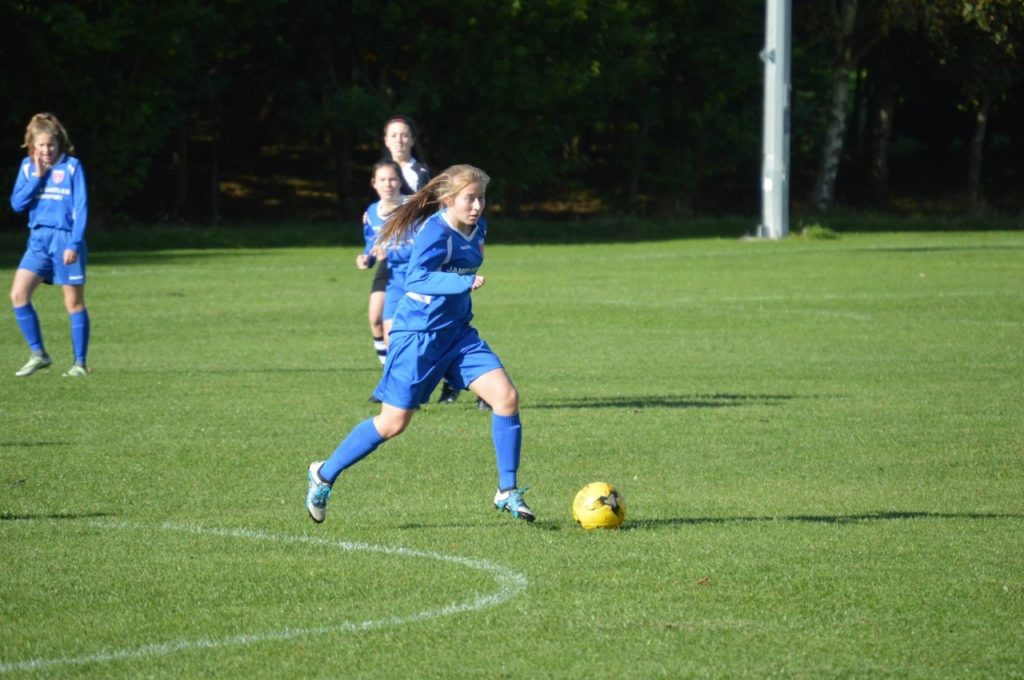 Philippa McCallum was the latest to represent the club for their country last week when she appeared for the Scotland U16’s in a Development Tournament.

The 14 year old started the second and third games against Iceland and Czech Republic, helping the Scots keep a clean sheet in both while grabbing an assist in the former game.

McCallum spoke of her delight to be appearing for her country and reckons it was a privilege to be involved.

She said: “It feels fantastic to be involved with the national squad at that level.  I feel really proud to be representing them. I’m very pleased with all of my performances during the tournament and felt really privileged to be on the pitch.”

The youngster, who can play in the centre of midfield or at left back hopes she can elevate herself to the older national squads and one day play in the Premier League with Farmington. McCallum has already trained in the club’s Performance Squad and hopes the good run can continue.

“I hope to one day play for the first team at Farmington and hopefully this will help me continue to play at international level for a long time.”

She continued: “I’ve been asked to train with the senior squad before and hopefully this will help me progress as a team player at that level.”