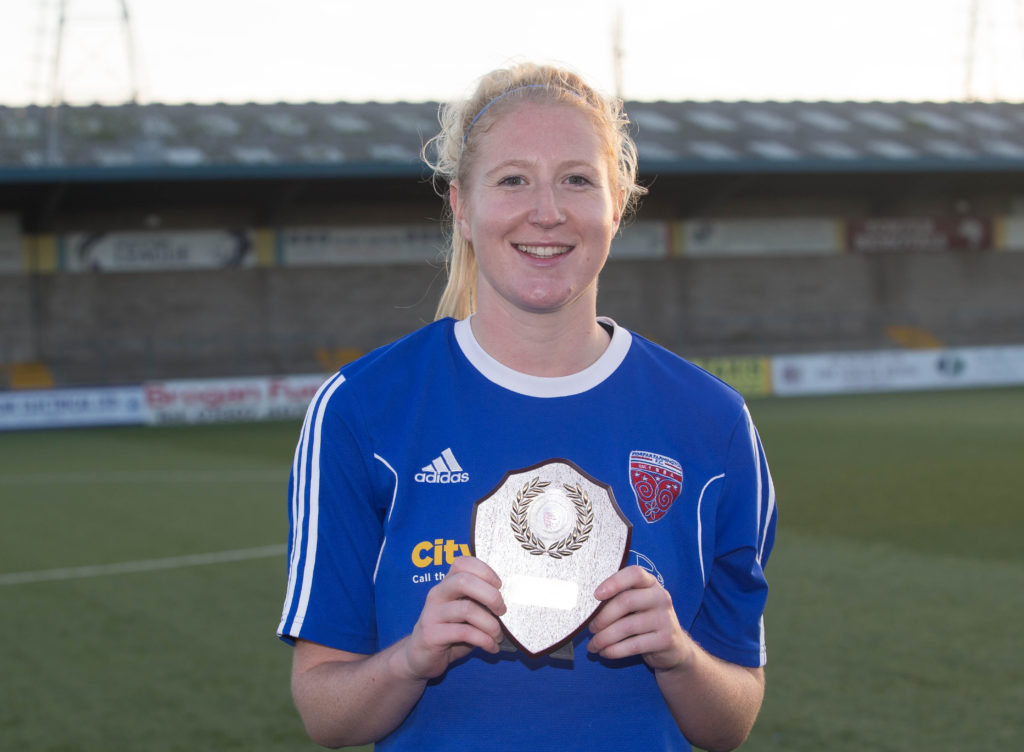 Gemma Collier admitted she was surprised to be asked to take up the vice-captain role at Forfar Farmington after originally thinking she was in trouble when she received the phone call.

The25 year old defender was also in disbelief at winning the Supporters’ Player of the Year award with Collier of the opinion that other teammates deserved the award more than her.

The centre back said: “I am quite surprised to be asked to take up this role. When Mark first rang I thought he was phoning to make sure I was keeping up to date with the off season programme, as I have been known for not being the best at responding.”

“The current captain Nicola is an unbelievable footballer and leader so I feel in her absence I’d have a lot to live up to but although technically I may not be the best, I feel I bring good communication to the pitch and get on well with all the girls which is possibly why Mark asked me.”

Collier was presented with her Supporters’ Player of the Year award at the end of the season and while she was delighted to receive it, she reckons other players deserved the recognition more than her.

“I think there are numerous other players who deserved the award more than me but I do appreciate the fans’ votes that led to my award and massively appreciate everyone who came out to watch us last season. Some performances left a lot to be desired but the support didn’t go unnoticed.”

The players at Farmington began pre-season training on Sunday ahead of the 2017 season with Gemma hopeful that they can react strongly to last season’s relegation.

“I fully believe we can come back and be in with a chance of getting promotion next season. There are key players who have stuck by the club that will play a big part in next season and I believe the players coming in will also bring quality with helping us push for promotion.”

She continued: “If all the girls show dedication, a will to win, quality and commitment in preseason and we have clear vision of what we need to do in every game we should do well. I’m looking forward to the season ahead.”