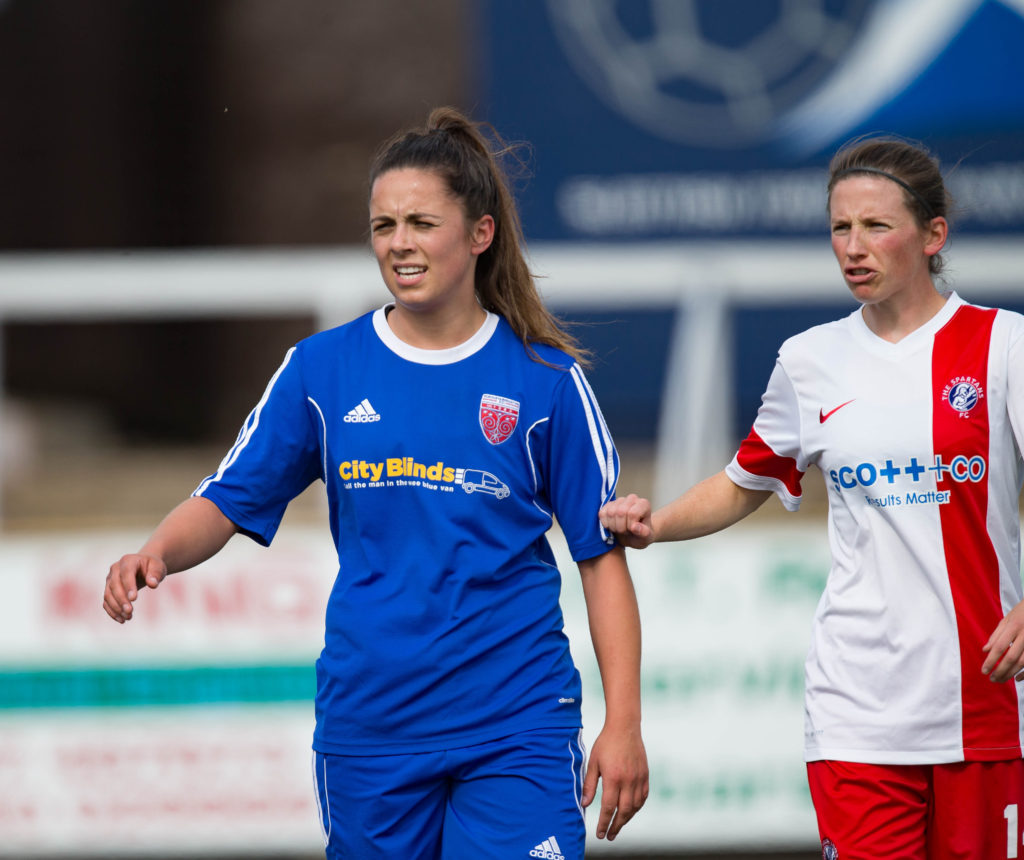 Forfar Farmington defender Megan McCarthy admitted she was shocked to have been awarded Player of the Year but hopes it will help her to improve even more next season.

The 24 year old expressed her disappointment at the side’s relegation however McCarthy is of faith that they can bounce back next season in SWPL2.

The club held their annual presentation evening at the Reid Hall on Saturday with McCarthy, Fiona McNicoll and Erin Cattanach winning awards and McCarthy was delighted to win after a tough season for the former Inverness City player.

She said: “I am very happy to have won the award. I didn’t really think I would be getting anything so I am very pleased to have received it. It just motivates me more for next year now.”

McCarthy joined the club for a second time in December 2015 following a short spell in 2013 with the defender playing in 23 games, netting once on her second debut against Hearts in March. While she feels the side didn’t deserve relegation, the centre back reckons she has learnt a lot from the coaches and teammates.

“Despite relegation I have really enjoyed the year with the coaches and girls. I have learnt a lot from everyone and I have confidence for the team going forward. I don’t think we deserved to be relegated but it’s just the way football goes.”

The side will play in SWPL2 in 2017 following their relegation and McCarthy believes that they have a great chance to return to SWPL1 at the first attempt if the players play to the best of their ability.

She said: “I really hope we can return to SWPL1 next season, it is going to be difficult but if we play with confidence and with the ability we know we have then I think that we can.”