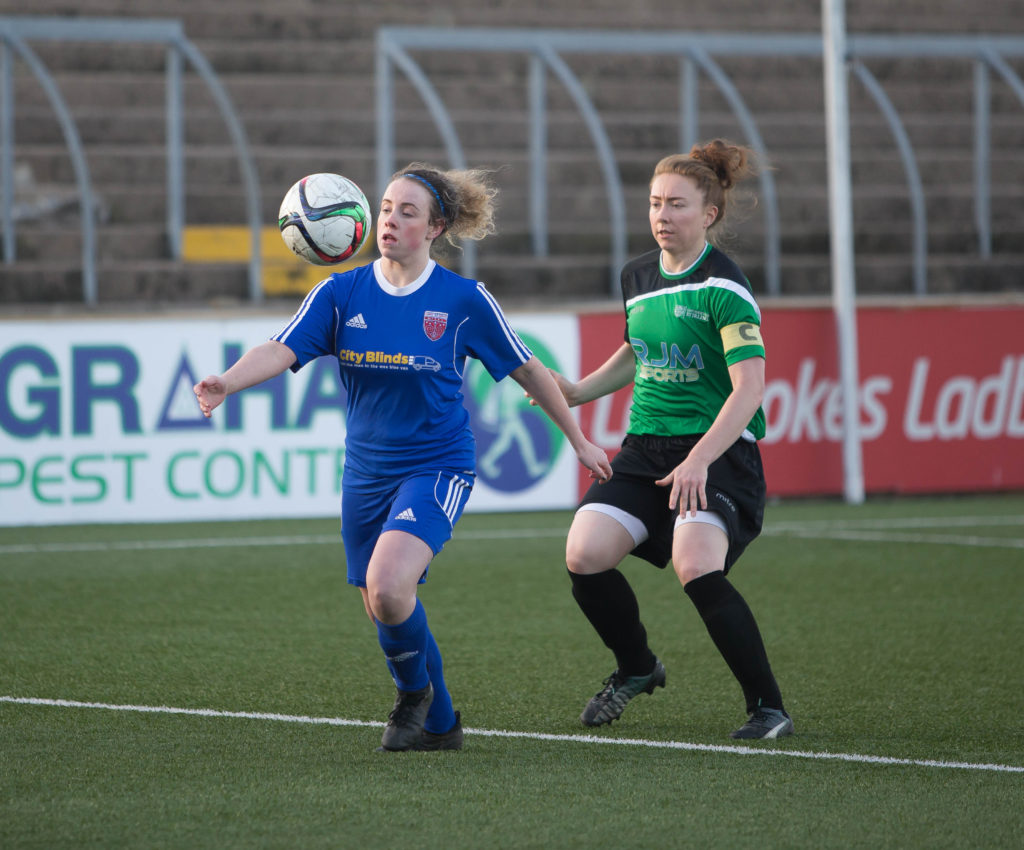 Beth Shillitto has been delighted with her experience so far with Forfar Farmington despite the side’s relegation and hopes she can make a big impact next season.

The 18 year old winger made her debut in July against Glasgow City and made a further nine appearances, including her first start against Rangers in August.

Shillitto is one of the latest players to step up from the development squad and she is pleased with how she has adjusted to senior football.

She said: “I feel I have fit in perfectly with the girls, they have been a credit as they have made me feel included in everything and not left me out. The girls as a group are great and funny to be around, having said that they don’t treat me with kid gloves if I get something wrong they don’t hold back in telling me but equally so if I do something right they sure let me know I have done it right. The coaches have also been great with me moving up, giving me game time with the girls and easing me into their set up.”

The youth product moved up at the same time as defender Erin Cattanach with Shillitto feeling doing so with someone she is familiar with has helped her adjust to the move.

“I would say it has definitely helped, Erin and I have played together for many years, so as well as being my friend she is a teammate, so it did make things slightly easier. When we were moved up we were both nervous to start with but that soon passed. If I moved up by myself I would have felt a little out of place for a while as I was quite young when I moved up.”

Shillitto made her first start for the senior side in August in a 2-0 defeat at home to Rangers; while she admits she was nervous after being told, she is happy to have been involved with the winger feeling a higher standard of opposition will bring out the best in her.

She continued: “Having made so many appearances with the squad has made me more confident as a footballer as it is a very high standard compared to what I used to play with the development team and we are playing more difficult teams which has given me a confidence boost. With Mark letting me be involved so much, it has let me know that I have the ability to match some of the older and better players.”

Mark Nisbet has started his plans for next season following relegation and Shillitto reckons that the squad has it in them to return to SWPL1 at the first attempt.

“With being relegated, as a team it hasn’t pushed us back in any way, it was just an indicator that we need to keep working hard and build back up to SWPL1.  I have every bit of confidence and a great feeling within the team that we can bounce back at our first attempt and win the title. I have no doubts about that as every girl in the team are great players so don’t see why we can’t if we keep pushing ourselves to the best of our abilities and keep trying our hardest then we will achieve.”