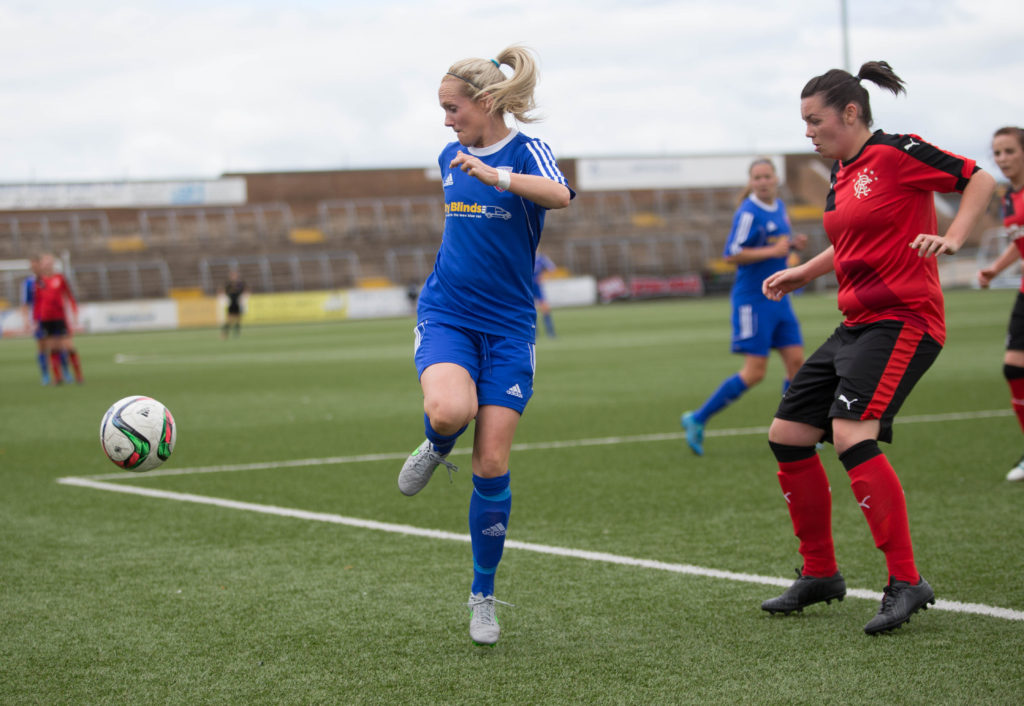 Forfar Farmington’s final away game of the season saw them fall to a 3-0 defeat to Rangers at a cold New Tinto Park.

Kayleigh Noble made her first start since July in one of two changes, with Holly Napier also starting in place of Kirsty Deans and Lindsey Dunbar.

Noble could have put Forfar ahead after just 54 seconds; Amy Gallacher’s piercing through ball finding the winger who fired inches past the post under pressure.

The hosts took the lead seven minutes later when former Farmington attacker Katey Turner made her way to the byline before cutting the ball back for Chantelle Brown to sidefoot past Fiona McNicoll.

The lead was doubled in the 19th minute with Turner involved again as her cross was nodded home by Brooke Hendrix.

Amy Gallacher attempted to force Farmington back in to the game when she found space at the edge of the box shortly before the half hour mark but her effort was dragged past the post.

Farmington went for a change of formation at half time, bringing youngsters Beth Shillitto and Erin Cattanach on and Mark Nisbet’s plan seemed to work well throughout the second half.

Brown and Turner both saw efforts saved by McNicoll, with the former’s shot hitting the post before Rangers finally broke the resilient Forfar defence again in the 72nd minute.

A corner in to the danger zone was flicked on and midfielder Vicki Bruce powered a header home through a pack of players.

Rangers seemed to relax after this however they were fortunate not to concede in the final fifteen minutes as Forfar pressed.

Captain Nicola Davidson saw a free kick parried by Laura Hamilton and the resultant corner was cleared as far as Julia Scott; her cross deceived everyone and the keeper had to look sharp to gather.

Amy Gallacher had the last chance of note in the game; driving forward at the defence who allowed her to get a shot on goal however Hamilton saved the chance.

The side now look to end their season on a high against Stirling University this Sunday at Station Park; kick-off is at the later time of 2pm as SWPL rules state all games on the final day must begin at this time.