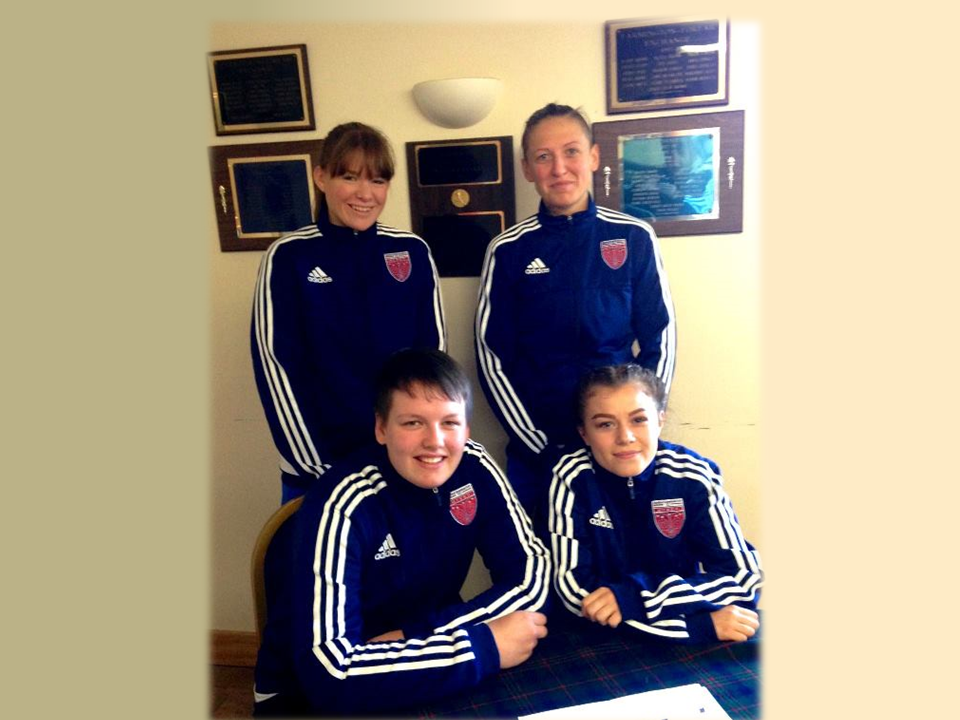 The Farmington Ladies team have had a busy few weeks with a number of new faces coming onboard as they build for next season.
Monika Sarvajcz, Cat Gordon, Emily Younger and Louise Christie have all joined in recent weeks
Ladies coach Jeff Rioch commented, ” We’re delighted to have all 4 players sign up to supplement the existing numbers.  It’s been a difficult 18 months for the team with no regular coach and I’ve been looking to bring in players to support the girls who’ve been regulars over that period.
I’m very keen to get away from the “recreational” tag that this team has and whilst it’s not all about winning, the girls have really bought into where we want to get to. It’s a young squad who are all keen to do well – training nights are increasing, attendance is good, fitness is getting better and performances have undoubtedly improved on the back of their continued commitment.
I’ve known about Emily’s qualities for some time since she played u13s at Monifieth. She brings good pace and an eye for goal to the squad and she has showed up really well in our recent friendly and the last two league matches, scoring in all three, despite several months away from the game.
Lou first came to my attention a couple of years back and I’ve been impressed every time I’ve seen her since. Her distribution, handling and shot stopping is excellent. When she became available a few weeks ago it was a no brainer for me to try and get her in to add competition for the goalkeeping spot and again she has acquitted herself very well in the games so far.
Monika and Cat have been with us about 6-7 weeks. Whilst neither had played in a team before I’ve been hugely impressed with their enthusiasm, commitment to the team and their willingness to learn which is all we can ask for at this stage”
Pictured back are Cat & Monika welcoming Lou & Emily to the squad having put pen to paper in the last week.