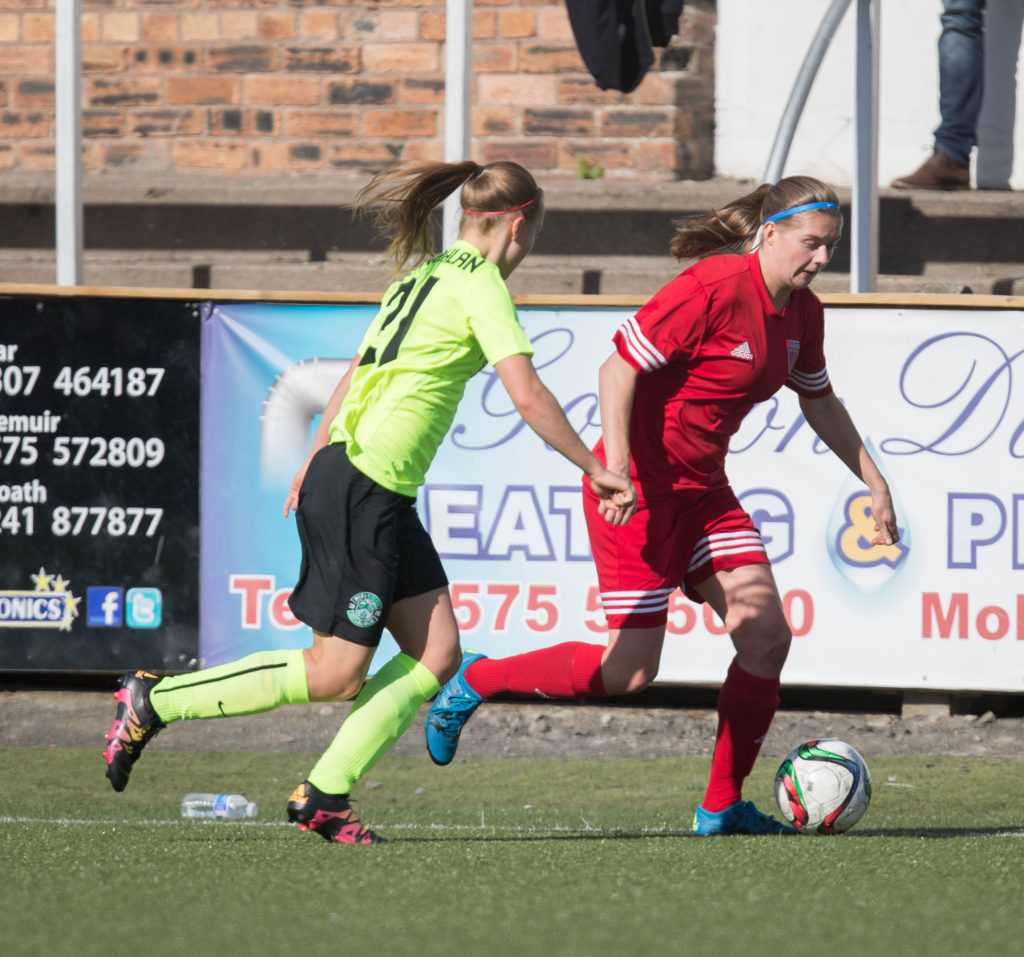 Kirsty Deans was disappointed with Forfar Farmington’s defeat to Hibernian on Sunday but is confident the side can bounce back next season.

A 5-1 defeat confirmed that Mark Nisbet’s side will compete in the second tier of the Scottish Women’s Premier League next season despite going ahead through Amy Gallacher.

The 25 year old felt the final score was harsh on a battling Farmington side, who had been unfortunate in previous weeks against Spartans and Aberdeen.

“The scoreline was harsh on us in what was a close and competitive game. I feel we played well for the majority of the match, showing good discipline and more composure on the ball. We worked well as a unit and finally found our scoring touch again through Amy’s calm finish.”

“I struggled to adapt to Hibs’ fluent movement in the middle of park, they moved the ball well and quickly. I was lucky to have Gemma playing behind me, her communication throughout the game helped keep me disciplined. Also Holly and Lindsay in the middle both worked incredibly hard to track their markers and get forward to support the attacks.”

Deans reckons there is too much quality in the side not to get results in SWPL2 and is intent on bouncing back in 2017.

She said “There is no question that with the squad of players at Farmington and with the exciting new developments the team will bounce straight back up from this knock!”

“Despite the challenges we have faced this season the girls’ spirit and work rate in games has never dropped and I know if we show that in SWPL2 we will get the results we deserve. There is too much quality in the team not to start to turn the good performances into points!”

The former Inverness City captain is also a talented shinty player and was rewarded with a call up to the Scotland squad last week. Deans admits that while it is sometimes difficult to balance the two, she is pleased to have the full backing of her head coach.

“I am absolutely over the moon to be selected for the shinty squad this year! It came as a bit of a shock as I have committed a lot of my time this season to developing my football but I have played as much shinty as I can. It is difficult to balance the two but I am very grateful to Mark who has been supportive of my shinty commitments throughout the season.”