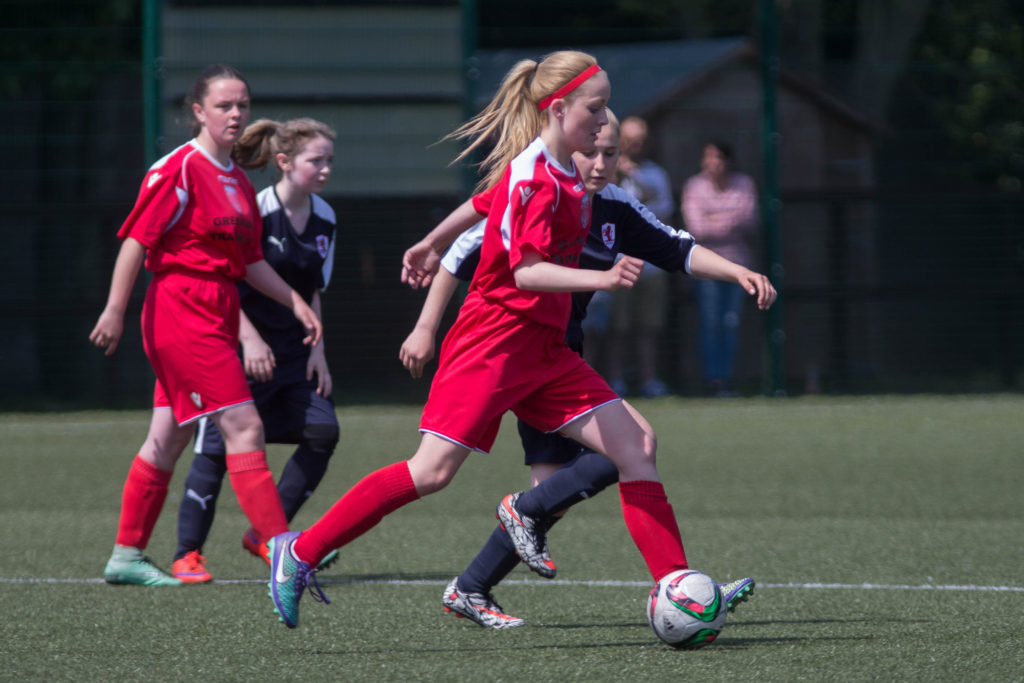 It is semi final weekend in the Youth Scottish Cup and Forfar Farmington will be the U15’s only East Region representatives as they take on Aberdeen.

Coach Kieran Clifford spoke of his and fellow coaches Lee Hutcheon and Neill Robbie’s delight at their players’ progress, with the side scoring eight without reply in their journey enroute to Sunday’s semi final at Station Park.

The girls defeated Dunfermline Athletic, Glasgow Girls and Hamilton to reach this stage and Clifford is proud to be in the last four of the tournament.

“We are delighted with our journey so far in the Scottish Cup. We’ve come up against some really challenging opposition and Lee, Neill and I couldn’t be more proud of the progress the girls are making this year.”

Clifford admits that while the squad have a buzz about them going in to the game, he feels sorry for some of the players who will miss out on the game due to a school trip to Spain.

He said: “I’m feeling good ahead of the game but most importantly, the girls are up for it. There is a real buzz about them and they know what they need to do.”

“We’re unfortunate to have a couple of players who are currently enjoying a sunny trip to Madrid and Barcelona this weekend and it’s a shame that they won’t be part of the day but we don’t rely on individuals and we’ve got plenty quality to keep going in this competition.”

The side moved up an age level in July to U17’s and Clifford reckons the move can help the side against Aberdeen and beyond.

“We made the decision to move them up within the region so they can get used to playing a stronger, faster game. This is what you expect when you come up against the elite teams in Scotland.”

“Allowing players to play at a level that fits their ability rather than age is important to us and we are reaping the benefits with a number of our youth players progressing through the club and gaining recognition at national level.”

The semi final was originally scheduled to be played in Kilwinning however it was moved to Station Park, with Bayside and Aberdeen playing each other at Market Muir earlier in the day. Clifford welcomed the decision to move the ties while expressing his delight that it shows the East and North regions are improving.

It makes sense to move the tie, more so for Aberdeen. I don’t think it’s an issue most years because historically it tends to be teams from the South or Central Scotland who make it to these stages. This goes to show how much the game is growing in the northern regions with Bayside and Aberdeen also reaching the Semi-Final of the U13s cup. The decision taken by the SWF to allow these fixtures to be relocated is most welcome.