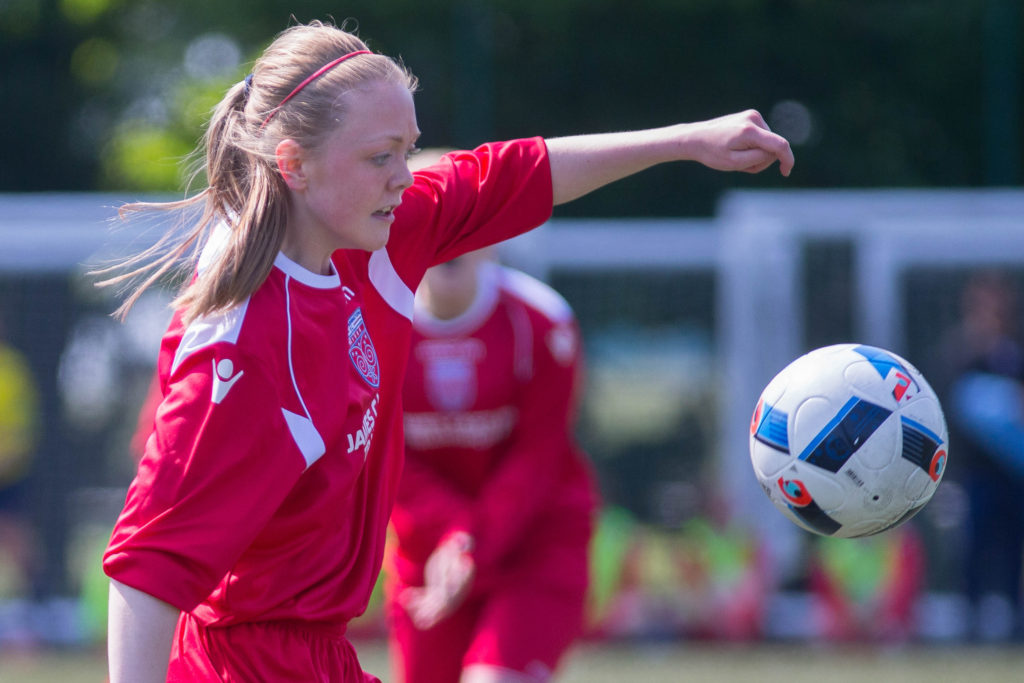 A double from Sally Patterson and Leah White’s excellent strike sealed the three points against the Pars, who grabbed a late consolation through Sarah Gibson.

Farmington took the lead in the twelfth minute after settling in to the game; Sally Patterson’s corner evading everyone and flying straight in.

The hosts looked impressive every time they attacked and eventually doubled their advantage on the half hour mark when Leah White capped off a weaving run with a top corner effort from the edge of the box.

Lois Millar almost added a third a minute later when she hit the bar after forcing her way in to the box. The girls didn’t have to wait long for another and it was Patterson again, leaving the Pars defence for dead with her pace after sprinting from her own half before rounding the keeper and placing the ball in the empty net.

Farmington seemed happy to sit on their three goal lead with Dunfermline coming out for the second half with intent, looking to force their way back in to the match.

Substitute Tammy McLaren forced a tremendous save from the Pars keeper midway through the second half with a volley from close range. Despite the Farmington defence coping well with the visitors pressure late on, Sarah Gibson netted a consolation to take some of the shine off a very good win for the young side.

Dunn’s side now face a short trip up to second bottom Stonehaven next Sunday, the team having won 4-2 in their previous meeting in May.