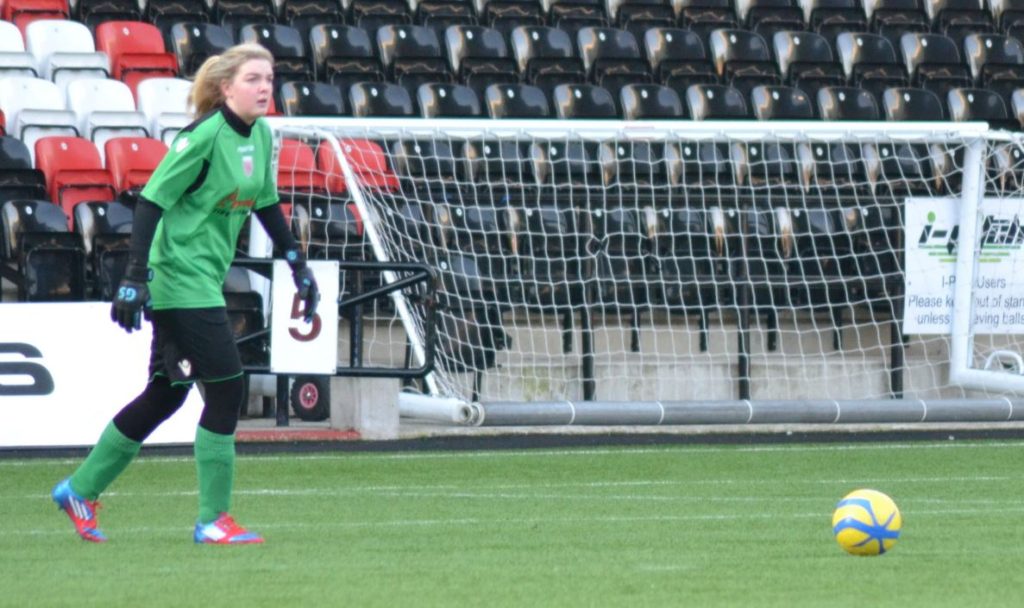 Kate returns to her former club for a short spell, having fallen behind former youth international Allanah Chatham in the Granite City goalkeeping pecking order.

Granite City, currently eleven points clear at the top of SWFL2 North, were happy to entertain an approach from SWPL/SWFL1 Forfar to offer Kate the opportunity for some game time.

Manager Dave Easton explained “We knew Kate was going to be doing a little bit of travelling in the summer, so we brought in Allanah who has done really well in the interim resulting in Kate cooling her heels on our bench” 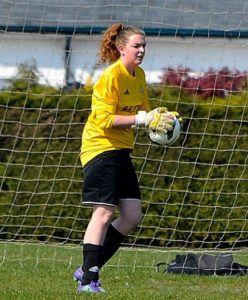 “Allowing Kate to join Forfar for a shot spell will not only benefit her personally in terms of match practice, but also allows her to see something of the standard of opponent that we will hopefully see next season. It’s a win for all parties concerned.”

Farmington Goalkeeping Coach Kevin Candy added “We are immeasurably grateful to Dave and Granite City for being supportive of this move, and we will certainly be doing everything we can to return Kate north in the best condition possible”

“Due to the ‘cool-down’ regulation that governs movement between Women’s squads, which I’ve always maintained should never applied to recognised Goalkeepers anyway, our senior Goalkeepers Fiona (McNicoll) and Hannah (Dryden) have found themselves pigeon holed into match day squads, which made dealing with the usual Goalkeeping knocks and injuries problematic.”

“We did give some consideration to seeking under-age dispensation for either AJ Meach or Oliwia Gach who are both performing wonderfully in 1st team sessions, but felt that we would be doing so for the wrong reasons. Both youngsters have plenty time ahead of them.” 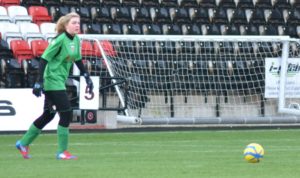 Monifieth native Williamson started her career with her local club, before moving to Farmington in 2012. She made her SWPL debut during a pre-season match in 2013, against a Liverpool side who would go on to be crowned WSL champions that year. Having moved North to commence University studies, Kate joined Aberdeen in 2015, moving to Granite City a year after.