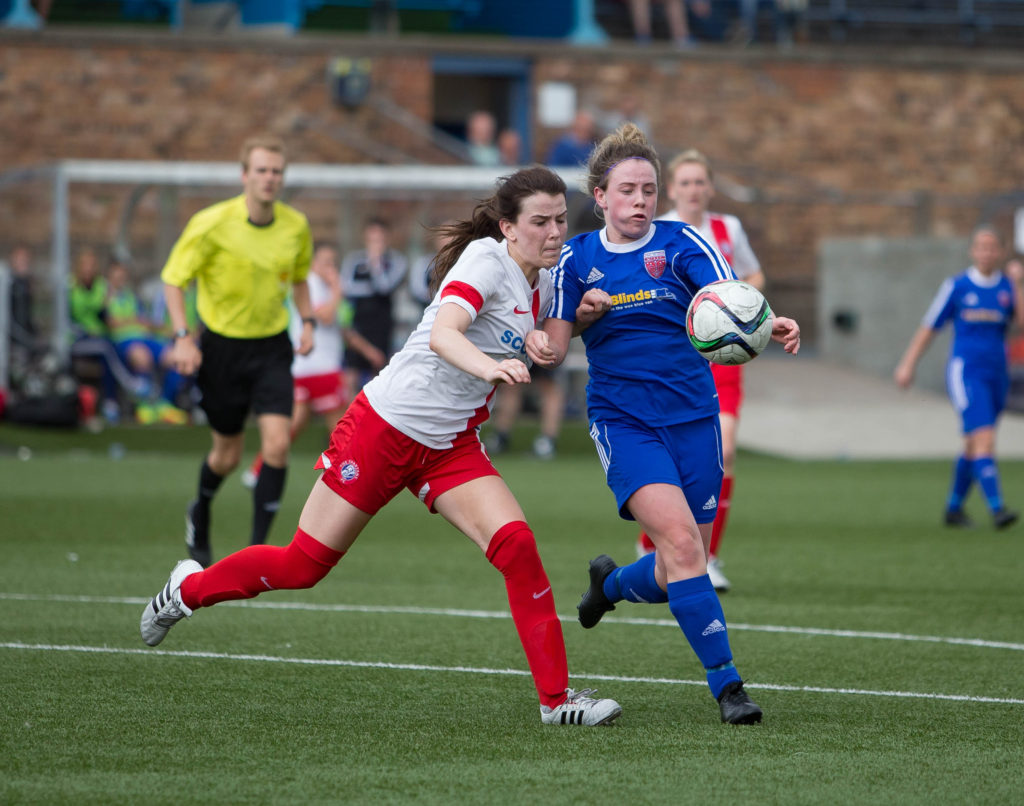 Forfar Farmington fell to a single goal defeat against Spartans after a performance which merited more than they got from the game.

Nicola Davidson hit the crossbar in what was her 500th game and sub Jade McLaren saw her header cleared off the line with Spartans scoring with their only clear cut effort of the game.

Two changes were made from the defeat to Celtic a fortnight ago with Louise Magilton and Jade McLaren dropping out for Gemma Collier and Ann Taylor.

Farmington had the first chance of the game nine minutes in; captain Nicola Davidson sending a free kick from 20 yards out towards goal but her set piece hit the crossbar before going over.

Five minutes later Amy Gallacher set up winger Julia Scott with her attempt curled away from goal and was gathered by Cumings with ease.

In the 33rd minute Robyn Smith sprayed a cross field ball to Scotland U19 internationalist Gallacher who raced towards goal but the attacker could only fire straight at the keeper.

A minute later Bobbie Beveridge saw her shot denied by the defence however the visitors went ahead against the run of play with eight minutes left of the half; a through ball from Ronaigh Douglas found Louise Mason who curled past McNicoll.

Forfar came out for the second half looking for a quick equaliser and went close through Holly Napier after she was set up by Milligan, her effort sneaking wide of the mark.

Mark Nisbet’s side appeared to have a strong claim for a penalty turned down when Cumings shoved Napier as they both went to meet a Scott corner but the referee waved play on.

The visitors seemed to hold firm against a strong and constant Forfar attack and Jade McLaren must have thought she had equalised with seven minutes left when she nodded a Davidson free kick past Cumings; her goalbound header hacked off the line before being cleared.

Napier fed Smith down the right in the 87th minute and with the winger at the byline, she sent a teasing cross that found no takers but was close to going in itself.

Sarah Clelland was sent in on goal for the visitors a minute later but the substitute could only gift the ball to McNicoll and should have done better.

Farmington went close through Napier’s shot in to the sidenetting before they were denied a much deserved goal right at the death when Gallacher’s goalbound effort was excellently pushed wide by Cumings.

The side are still seven points behind Aberdeen in the relegation fight and will travel to face the Dons in a fortnight looking to repeat their 2-0 win at Heathryfold Park in May.