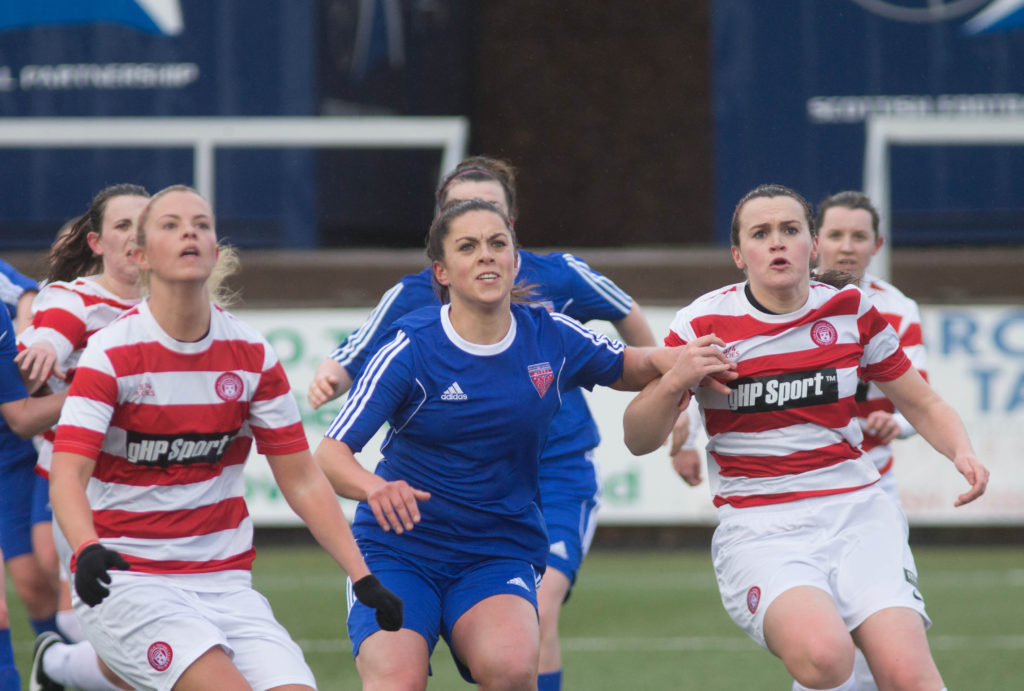 Megan McCarthy was disappointed with Forfar Farmington’s 5-0 defeat against Celtic on Sunday but the defender reckons they have what it takes to turn things round.

The result coupled with Aberdeen’s win over Spartans has extended the gap to seven points as Forfar look to avoid relegation and while McCarthy admits it is a difficult task, she believes the team can kick on and overtake the Dons in their final six games.

McCarthy couldn’t fault her team mates’ effort and feels she is still learning from her more experienced teammates, exclaiming: “Sunday’s game was always going to be a difficult one, we battled well in our last few encounters with Celtic so I went in to the game with a positive attitude to see what we could achieve. Celtic played well with some nice football today and came out with the win, there were few mistakes on our part but the girls did try hard throughout and we can’t fault that.”

“Reflecting on the game, I could have been more communicative with the back line at the start of the game but I think it got better as the game went on. I didn’t think I had an awful game, I’m still learning parts of the defensive game from more experienced players around me.”

The 24 year old defender echoed her teammates’ comments that if the side fight and play as well as they know they can do, they can avoid the drop to the second tier of the Scottish Women’s Premier League.

“Aberdeen winning is not what we needed but if we play with fight and heart and believe in ourselves we have the ability to catch up. If we take that in to every match until the end of the season then we can definitely turn things round.”

Farmington now have a two week break before their next match with McCarthy of the opinion that the break may help the squad regroup ahead of their home fixture against Spartans.

She said: “I think with the results recently, the two week break will be good for us. We will train and prepare for Spartans while reflecting on the games we have played and work on what we need to get the points in the upcoming matches.”