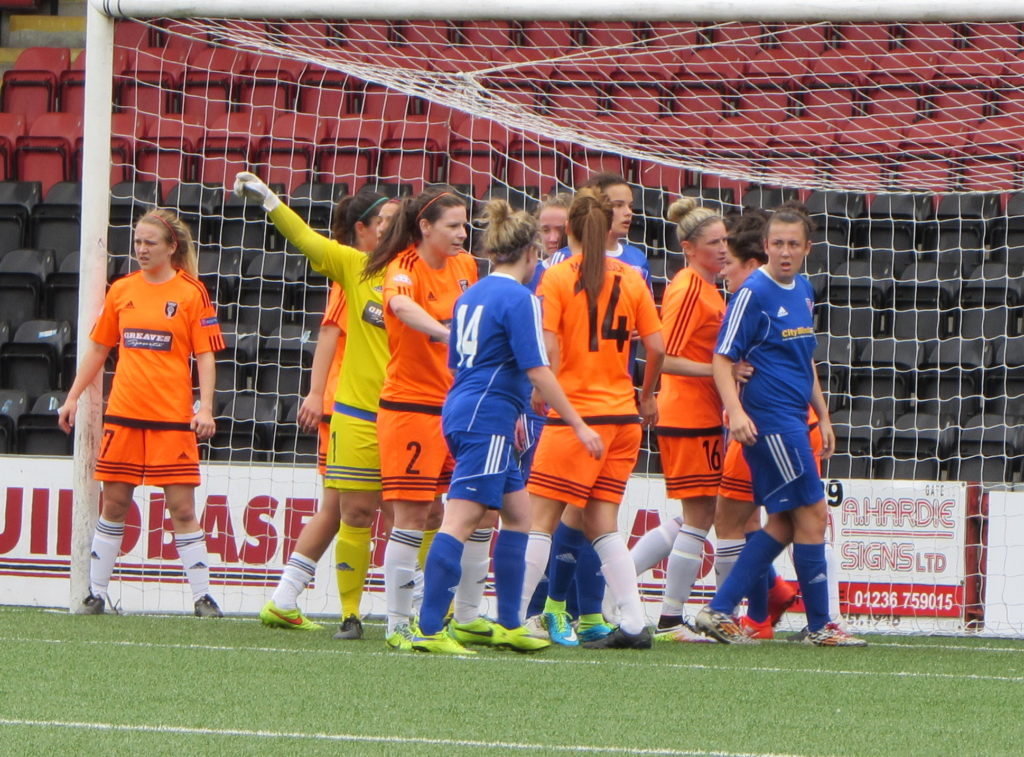 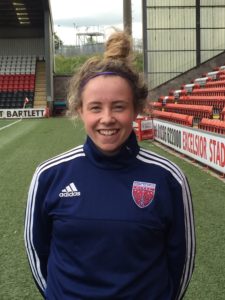 Beth Shillitto exclaimed it was like a dream come true after making her Premier League debut for Forfar Farmington in their defeat to Glasgow City on Sunday.

The 18 year old attacker was one of three development players who stepped up to the senior squad with Caitlin Mitchell and Leah White also appearing and Shillitto hopes she can force her way into Mark Nisbet’s plans in the future.

Speaking after the game she expressed her delight at ‘a day to remember’ after making a 56th minute substitute appearance, completing a decade long progression through the Farmington youth system.

Shillitto said: “It feels pretty amazing to have made my SWPL debut and to have even thought that I had been asked to play for a team with such a high standard it is like a dream come true. Don’t get me wrong, it was tough but I did enjoy it, not only for the time I was on the pitch playing, but also the journey to and from Glasgow; the girls in the team made it a day to remember for me.”

The attacker admitted that she was nervous after being told she would be involved with the squad however she was pleased with herself for earning the chance.

“When I was told that I would be playing, it was a massive shock. After training with the squad two to three times a week and improving my fitness I would never have thought I would have been asked to play for them, especially against a pretty decent side like Glasgow City.”

She continued: “I felt scared at the time when I thought about it but then it started to grow on me and when the day came around I was feeling good and I was pretty chuffed with myself for gaining this opportunity.”

She also reckons that with the new Farmington youth restructure, it will help the development squad improve after a tough first half of their season, currently sitting 8th in a twelve team SWFL1 North.

“Playing for the development team and the way our season is going so far has had its ups and downs. In certain games we have been struggling for a team as the majority of our team left and due to injuries we did find it difficult but now with the 17’s stepping up to help us out and creating a well formed development side, I do hope to succeed a lot more in the games we compete in.”