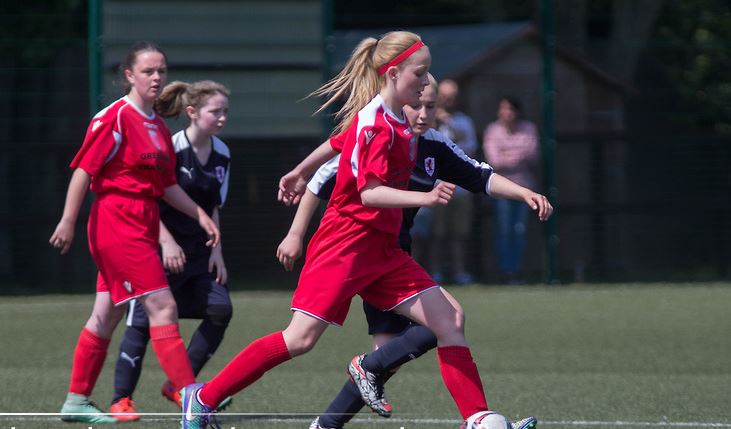 The Club’s Football sub-group last week agreed to an Extensive Reorganisation of the Farmington Player Pathway.

In a bold move, the club has re-launched a number of age levelled programmes to ensure that the aim of providing football opportunities for players of all levels is maintained.

U-15s Programmes
The Club’s U-15 Performance Programme will be fast-tracked into U-17s League Football with immediate effect, to provide player’s involved with a level of intensity and challenge conducive to performance football development.

Farmington Flyers U-15s remain unaffected by any changes and will continue to represent the club in the East U-15s League.

Ladies Programme
A revised squad will continue in SWFL2 North with players arriving from both the U-17s and Development Programme.

Development (Performance / U-20) Programme
A revised squad will continue in SWFL1 North with players arriving from the U-17s Programme, along with a newly appointed Head Coach who will be charged with transitioning the squad into next year’s U-20s National League.

The Club’s Head of Youth for U-15s upwards John Diplexcito explains that ensuring the club’s talented youth players had opportunity to develop was key. “At the start of the season we set the Youth Pathway up as we saw fit at the time. However as the season has progressed we have where players have been participating in matches where there is no real challenge and double figure scores were common place.”

“The pathway wasn’t fit for purpose – Our talented youth players were starting to stagnate with the lack of match day challenge, and really these heavy score lines serve no positive purpose to anyone involved.”

“The changes we have made will not only ensure that our most talented players find themselves in a challenging footballing environment, but will also secure a footballing home for any player irrespective of ability level.”

Coach Co-ordinator and SWPL1 Head Coach Mark Nisbet adds “This is one of the most positive and joined up football decisions I think the club has taken, certainly during both of my spells at the club.”

“It’s only been possible due to the willingness of our volunteer coaches and key stakeholders working together to develop a course of action which places player development at it’s very core.”

“We need to have youth players being challenged week in week out, with managed exposure to senior football. Women’s players playing within an environment that matches in with their footballing aspirations and potential. With both now in place I truly believe we have set the club on a tremendously exciting course.”