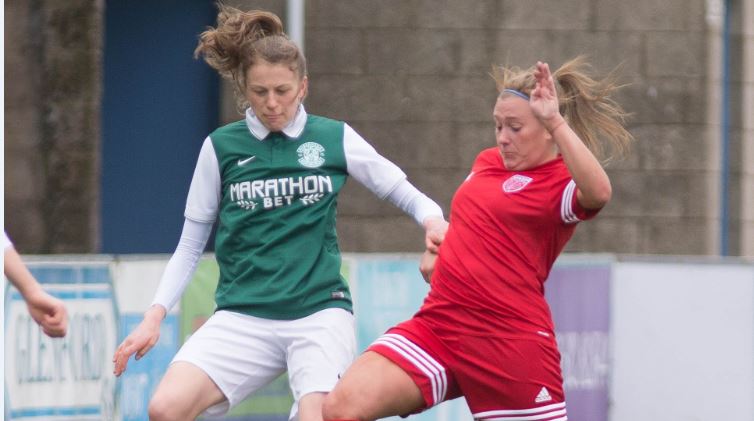 Ann Taylor says she is delighted to be back at Forfar Farmington after two years away from the club.

Taylor reckons that the club has improved massively in terms of development since her last spell and spoke of her gratefulness to be involved again. “It feels great to be back at Forfar. The club has developed and grown so much since my brief time previously and I’m very excited to see what we can achieve this season with the new SWPL set up. The level of professionalism and time invested from people at the club is obvious and I’m grateful to have the opportunity to be a part of it.”

The former Buchan and Spartans player also regards Forfar as somewhere where team spirit is fantastic which was key to her decision to return along with the fact she knew some of the faces at the club previously. 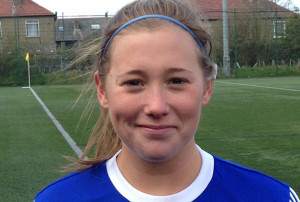 She continued: “I was familiar with the coaching staff and I already knew some of the girls so it wasn’t a difficult decision to come back to Forfar. I knew it would be the same high standard of coaching and with the new staff, level of player support and development being put in place this season it was a no brainer.”

“At Forfar there has always been a great atmosphere and a sense of togetherness and I wanted to be a part of the team spirit again.”

When Taylor departed the club following nine appearances and one goal at the end of 2013, she joined Edinburgh side Hutchison Vale and feels that the spell allowed her to improve her game under experienced management.

Taylor said “My time at Hutchie was a great experience. Playing in the Premier League is always a challenge but being part of such a close team, the girls were amazing and the team spirit was great.”

“I gained a lot of experience playing in different positions and I learned a lot from the experienced coaching staff and players. I wish them all the best this season.”

Following her departure from Hutchie Vale at the end of last season, Taylor headed to Australia; an experience she says that she would like to experience again at some point in the future but at the moment she is concentrating on earning degrees and enjoying her football at Forfar.

She continued: “I returned to Sydney and trained with a few teams before signing for the University of South Wales. It was a lower league team however I was able to get some valuable playing time under my belt and focus on my confidence and fitness. Their season was only just beginning so I only managed to play one official game, scoring a free kick to draw the match against a team in the league above.”

“At the moment I have no plans to go back but I would like to return one day and spend more time playing football, maybe in Melbourne. I will be starting a masters course in sport management, policy and international development in September so my attention will be on my studies for the time being.”

Whilst awaiting clearance from the Australia FA, Ann had continued to train with the squad but admits she was delighted to make her debut on Sunday against Hibs.

“I thought it was a good solid team performance. Everybody was well prepared and up for the match which allowed us to play some good football and create chances which we should’ve done better with.”

“I was pleased with my own performance being my first competitive match back. I thought I was tough when I needed to be but I made some silly mistakes which I hope with hard work in training my sharpness and match fitness will improve.”

Interview  by Lee Smith of Ramblings of a Loon