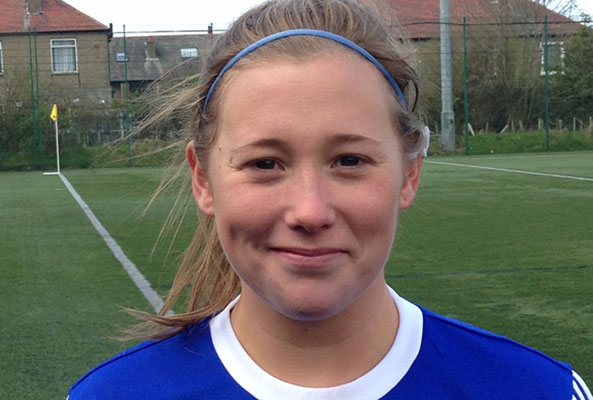 Forfar Farmington are delighted to announce the signing of Ann Taylor following a short spell at the University of South Wales in Australia.

The 24 year old is a familiar face at Station Park having spent a few months in 2013 at the club, scoring once in nine appearances.

The former Hutchison Vale player, who can play in a few different positions, spoke of her delight at returning to Forfar and admitted it was an easy decision to come back.

She said: “I was familiar with the coaching staff and I already knew some of the girls so it wasn’t a difficult decision to come back to Forfar. I knew it would be the same high standard of coaching and with the new staff, level of player support and development being put in place this season it was a no brainer.”

Having trained with the squad over the last two weeks, Taylor shall be hoping to make her second debut when Farmington entertain Hibernian this Sunday in the league. Kick-off is at 1:00pm and admission for adults is £4 while under 16’s enter for free.

You can read Ann’s full interview in this Sunday’s programme; this is available free for paying supporters and £1 for those who have attended free of charge.