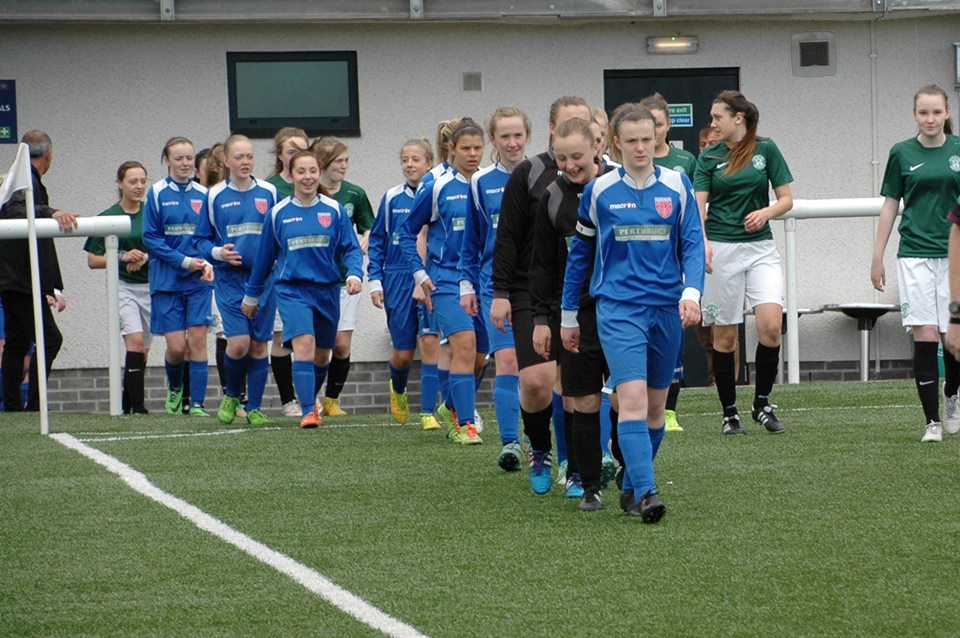 The U17 squad made the short journey to Monifieth for their first away league encounter of the new season. This was the first match between these teams for over a year with Monifieth having elected to remain at U15s whilst Farmington played up at U17s a year early.

Underfoot conditions were not very good for both teams due to the long spell of wet weather that the area experienced over the last few months.

Farmington in an unaccustomed 4-3-3 formation were on the front foot from the first whistle and that set the tone for the majority of the game.

Carrie Hoggan scored after 10 mins with a goal at the far post after good link up play between Zoe Moreland and Erin Ross.

Sophie Young made it 2 after 25 mins with a neatly clipped shot after a good through ball by Zoe Moreland.

Anne Murie scored after 20 mins in the second half right footing home a low driven corner from the right from Sally Patterson.

Kirrin Gellatly scored 2 mins later with an almost carbon copy of the previous goal from a corner.

Zoe Moreland scored 25 mins after she perfectly timed her run in at the back post to finish after a driving run and cross by Carrie Hoggan.

Kirrin Gellatly completed her brace 30 mins  after she swept the ball home after good work on the right by Tammy McLaren.

Sally Patterson wrapped up the scoring for Farmington with a well struck penalty on 38 mins after Sophie Young was bundled to the ground.

In a game where Farmington dominated from start to finish credit must go to a very dogged and determined Monifieth side who showed some very good defending and teamwork. Credit must also go to the home keeper who had some excellent saves.