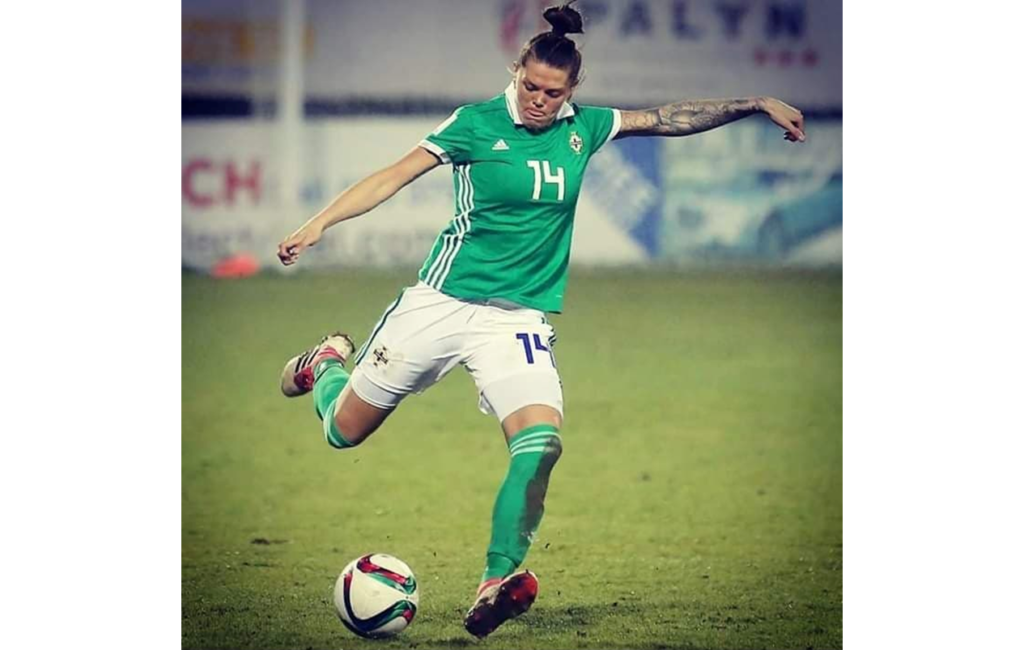 The club are thrilled to announce our 3rd new face for 2020 as we welcome Billie Simpson to Farmington. Pending international clearance, Billie will arrive early February in Forfar.

In 2019 she became known across the globe for an incredible goal from inside her own half which was a Top 10 Puskas World Goal of the Year nominee where she was in the company of the likes of Lionel Messi and Zlatan Ibrahimovic.

Head Coach Ryan McConville is naturally delighted to land the player, who can play midfield or defence, for the season ahead – “ I am absolutely delighted to add the calibre of Billie to our squad and when I knew it was going to be possible to bring her in, I didn’t waste any time in tying her up.  She is a highly sought after player in the NIFL Premier League and will be a massive addition to Farmington.   I cannot wait to get started with her and I know on a personal level Billie will be keen to show what she is capable of in the SWPL1.   I’d like to thank everyone at Cliftonville for making this a smooth transition. “